Pentax firmware update to be compatible with the new lens

The Ricoh Imaging has released new Pentax firmware updates for three of its DSLR Pentax Cameras to prepare for the arrival of three new HD lenses. 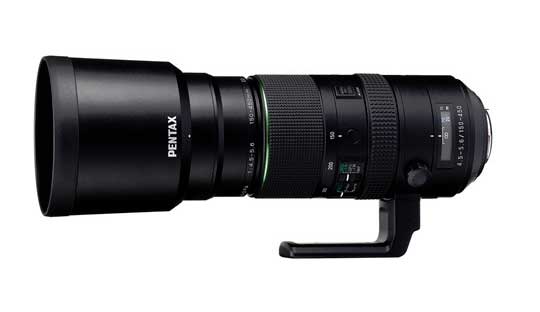 The HD Pentax-D FA 150-450mm f/4.5-5.6ED DC AW with new AF point features, allowing users to access a specific AF point through one of four AF button on the lens, are also included in the firmware for K-3 and K-S1. When K-S2 was launched after the lens has been published, it has available the means to connect with this feature.

He started this blog as a hobby to show his affection for gadgets, but over the time this hobby became professional. And now he is working as a full-time blogger, but in free time he loves watching movies and games. PayPal donation for TechToyReviews will be appreciated.
@https://twitter.com/Techtoynews
Previous Sony officially launches HDC-4300 4K system camera
Next First Self-powered Camera shooting without battery