After each shot, the light will be collected into an adapter to convert the electrical energy used for the following shots. The scientists have created a Self-powered Camera capable of taking pictures without having to use an external power source. It can measure incident light, but also convert the incident light into electric power. 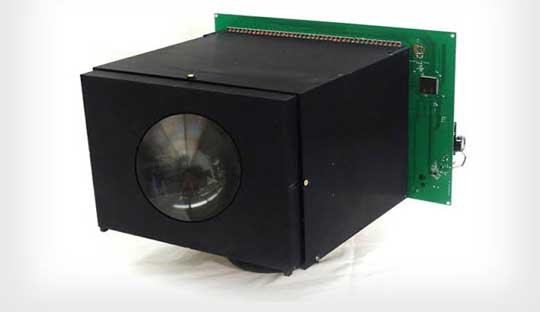 The project entitled with Self-powered Camera, designed by Shree K. Nayar, scientists from Columbia. The method is really quite simple, however, to achieve high efficiency, they have created a new type of image sensor. This type of sensor to ensure the ability to collect light as conventional image sensors, no longer has the same amount of light is transferred to a different module has the same effect of solar panels. 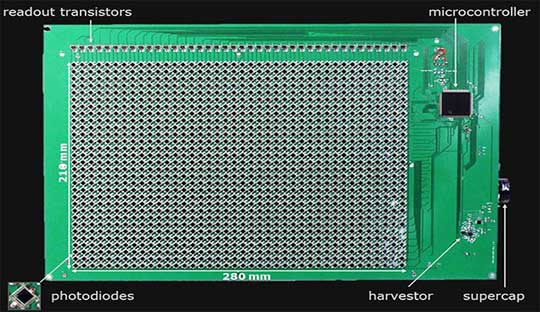 After each shot, the sensor will automatically switch from recording mode to absorb light, modified and used for the following shots. With this, we can take pictures in a row without any external power source.

According to Nayar, the image sensor could use a rechargeable battery and charge it via its harvesting capability. “But we took an extreme approach to demonstrate that the sensor is indeed truly self-powered and used just a capacitor to store the harvested energy,”

Due to new beginnings, the camera image quality is not really good, the image resolution of 30×40 pixel image and the only course is not usable in practice. However, with this initial success, perhaps in the future we will have the camera without the use of batteries and did not run out of battery again.

He started this blog as a hobby to show his affection for gadgets, but over the time this hobby became professional. And now he is working as a full-time blogger, but in free time he loves watching movies and games. PayPal donation for TechToyReviews will be appreciated.
@https://twitter.com/Techtoynews
Previous Pentax firmware update to be compatible with the new lens
Next Fujifilm announced Fujifilm XF 16mm f1.4 R WR Prime Lens