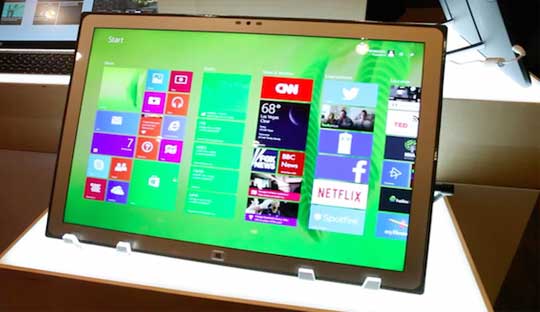 In March 2014, Panasonic unveiled the tablet with a size of 20 inches with a resolution of 3840×2560 pixels with a pixel density of 15:10. This is a Panasonic Tough Tablet with IPS LCD display and world’s first 4K tablet. And now, the second generation of this tablet is the Panasonic 4K Toughpad introduced to the world of technology at Consumer Electronics Show 2015.

In particular, Panasonic 4K Toughpad remain same display and resolution to the older generation, the configuration can be slightly upgraded. This Panasonic Toughbook 4K is sold in two versions, one using Intel Core i5 – 3437U 1.9GHz and other one use a Core i7-3687U 2.1GHz processor, both using dedicated GeForce GT 745M graphics or NVIDIA Quadro K1000M with 2GB VRAM, 256 GB SSD and 16 GB of RAM. It really is a pity that the new generation processors from Intel are not equipped with this product. 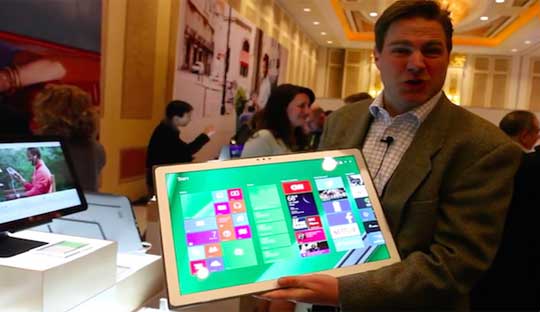 There are USB 3.0 ports, SD card support – SDXC, Mini DisplayPort port and 10/100/1000 Ethernet. Panasonic 4K Toughpad certified equipment for businesses, or those wishing to work professionally. According to several evaluations, 4K Toughpad is the ideal device for tasks such as media communication, magazine, photography, cinema or design, because it has a sharp 4K display and also run Windows OS to edit photos, videos or to run graphical applications.

The biggest disadvantage of this tablet is the battery life is only 2 hours of normal operations. If you intend to buy this big Panasonic tablet, you think carefully because it is quite expensive, the Panasonic Toughpad Prices up to $ 6000.

He started this blog as a hobby to show his affection for gadgets, but over the time this hobby became professional. And now he is working as a full-time blogger, but in free time he loves watching movies and games. PayPal donation for TechToyReviews will be appreciated.
@https://twitter.com/Techtoynews
Previous Lenovo A6000 Smartphone with 64-bit SoC announced at CES 2015
Next Polaroid announced new Smartphone and Tablet line at CES 2015