While Polaroid brand is famous for the cameras, the company also sells other products including Smartphone and tablets.

At CES 2015 exhibition Polaroid introduces its own smartphones and tablets with powerful cameras and the trendy designs. The exhibition featured three new smartphones – Polaroid Selfie, Flip, Snap and two new tablets Polaroid L7 and L10. On the technical side of the new devices is a little unknown, but the design is really different from what we have previously seen on the market.

Polaroid Selfie Smartphone is the most interesting representative among the new devices, because it has a 13 megapixel rotating camera to take rear and front pictures. In this regard, Polaroid Selfie very similar to the Chinese phone Oppo N3. Polaroid Selfie will own a 5.5-inch display with a resolution of 1280×720 pixels and quad-core processor.

Two other smartphone are less noticeable. Polaroid Flip also has the same 5.5-inch display like Polaroid Selfie, It’s come with 8 megapixel rear and a 2 megapixel front camera. Polaroid Snap comes with a little small display of a 4.7-inches with a resolution 960×540 pixels and a quad-core processor. All three devices are running Android 5.0 Lollipop and the price and release date of new products not specified by Polaroid.

Polaroid also showed two new models of budget tablets at CES unveiled las vegas, such as 7-inch Polaroid L7 and 10.1-inch Polaroid L10 at CES 2015. They did not disclose details of the hardware, only reported in a press release that they had received quad–core processors and the new operating system Android 5.0 Lollipop. 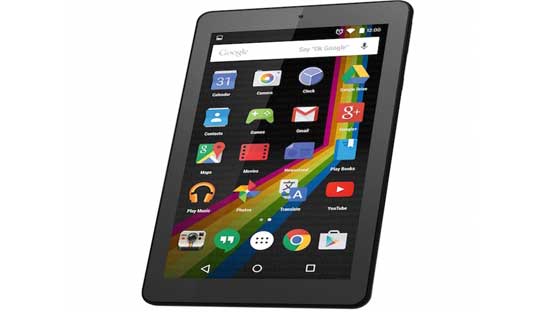 Polaroid L7 is a 7 inch tablet, while the L10 has a 10-inch display. Both have simple design, running Android 5.0 Lollipop and is supported by a microprocessor which is designed by Polaroid. The processor is not mentioned, but perhaps Qualcomm.

Polaroid L7 and L10 are not coming with SIM card slots, but they have Wi-Fi, Bluetooth. Moreover, this tablet has two cameras front and rear. No word on screen resolution, RAM or memory of both tablets. Sales of new items will appear in the spring of this year at a suggested retail price of $ 100 – 150. Thus, the only attractive aspect is the cost of the Polaroid tablet, but this one just to attract the attention of the consumers.

He started this blog as a hobby to show his affection for gadgets, but over the time this hobby became professional. And now he is working as a full-time blogger, but in free time he loves watching movies and games. PayPal donation for TechToyReviews will be appreciated.
@https://twitter.com/Techtoynews
Previous Panasonic 4K Toughpad with a price tag of $ 6000, unveiled at CES 2015
Next Lenovo launched Robot to take a selfie at CES 2015