Being a product of budget smartphone segment, Lenovo mobiles unveiled very trendy Smartphone called Lenovo A6000 at CES 2015. Especially, with the very big screen between tablet and mobile devices, the user can use the Lenovo latest mobile A6000 feel quite different. This Lenovo Mobile in India launch by Flipkart in future. 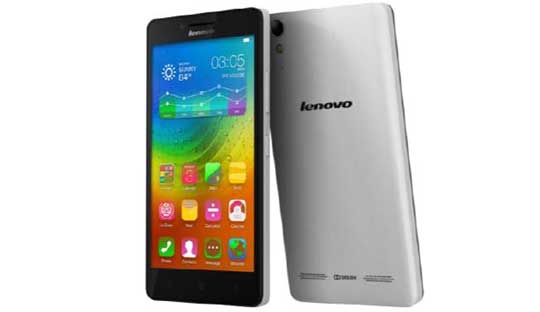 The Lenovo A6000 Smartphone comes with a 5 inches HD touch screen IPS display with a resolution of 720×1280 pixels, This is one of the factors that led to the A6000 attract to users than other mobile devices in the same segment. Lenovo A6000 operates on a 1.2 GHz quad-core platform, 64-bit Qualcomm Snapdragon 410 chip – MSM8916 and 1GB of RAM, the device is capable of operating all tasks smoothly.

Activity-based Android 4.4 KitKat with Lenovo Vibe UI 2.0 interface with trendy design and did not use physical navigation keys, Speakers are arranged at the edge. With a rear camera of 8 megapixel with integrated features autofocus and LED flash, while the front camera of 2 megapixel for video calls and click selfies.

Catch up with the trend of the smartphone life now, Lenovo has upgraded many new features for Lenovo A6000 Smartphone. Not only is the Dual SIM mobile devices, the A6000 Lenovo mobile phone can help you easily connect with the 4G LTE network. The memory of the device is equipped with 8 GB and the information is unknown about external memory card support. It is packed with a 2300mAh battery capacity, which is able to give usage up to 13 hours of talk time and up to 264 hours of standby time on 3G connection.

The Lenovo A6000 Smartphone dimensions is 141 x 70 x 8.2 mm and weighs only 128 grams, the selling price of this device is $ 169 – approximately 10,500 rupees which is not too expensive, suitable for users who are searching for a smartphone for the mid – range segment.

He started this blog as a hobby to show his affection for gadgets, but over the time this hobby became professional. And now he is working as a full-time blogger, but in free time he loves watching movies and games. PayPal donation for TechToyReviews will be appreciated.
@https://twitter.com/Techtoynews
Previous Garmin SmartWatch Collection: Vivofit 2, Fenix 3, Epix and Vivoactive at CES 2015
Next Panasonic 4K Toughpad with a price tag of $ 6000, unveiled at CES 2015