Olympus OM-D Product E-M1 16.3MP Camera comes with M.Zuiko Digital ED Lens kit. If at the beginning of 2012, Olympus served OM D E M5 mirrorless cameras in the world who love photography, by superiority in design and features. The legacy of it to continue to receive attention with Olympus OM-D E-M1. There is a trend designs is creating craze in today’s camera market, this Olympus brand will not be disappointed when you owned a series of improvements in structure than its predecessor. With the Olympus OM D 1, your life will become more lively, modern and meaningful than ever. 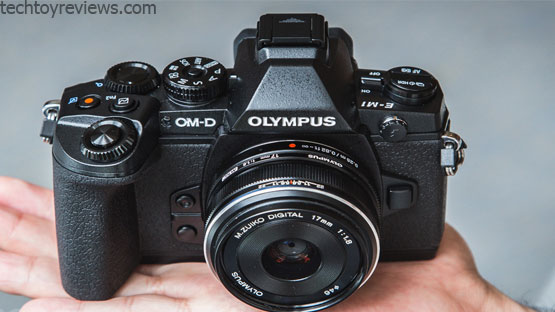 After the launch of a series of cameras from major brands like Nikon DF, Nikon FM2, Fujifilm X E2, Fujifilm X100S etc., then the presence of the Olympus OM-D E-M1 on the market at the end 2013 can be seen as an affirmation of the continuing strong trend for the current camera design. It has an overall slim dimensions (excluding the lens), light weight, the buttons are cleverly arranged to create maximum convenience in operation. Besides, wide 3 inch touch screen LCD flips display easily capable of well equipped on the Olympus OM-D E-M1 camera. It offers a design basis of the Olympus OM film, combined with the most modern technology in camera processing to become a popular not only beautiful but also quality product. 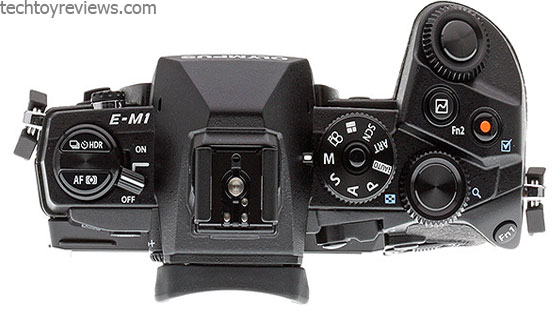 Focusing system to 81 points on Olympus OM-D E-M1 is indeed a desirable technology when compared to the new camera of today. With an autofocus system called Dual Fast AF, Olympus has also incorporated features Contrast AF Contrast AF points including 81 identified in conjunction with 37 point AF phase to optimize the ability to focus than version OM-D E-M5 (only 35 points). That way, you do not have to worry about the speed and accuracy of the autofocus camera, do not worry to miss any moment. 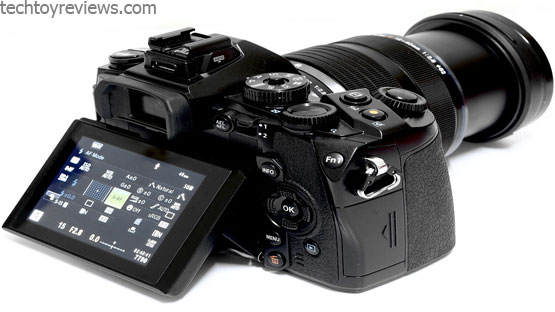 Olympus OM-D E-M1 is equipped with a large 3 inch LCD touchscreen with intuitive interface, the ability to flip side support angles in photography. Display ownership to 1.037 million pixels for sharp visibility, lively and very little difference when viewing pictures on a big screen TV, laptop. In addition, the electronic viewfinder 2:36 million pixels with zoom level is 1.48x, the ability to recreate the image before capturing in real and clean way.

Mirrorless cameras Olympus OM-D E-M1 remained stable system with a 5-way similar to the OM D E M5. This system is capable of image stabilization in all horizontal motion, moving, rotation (around the axis of the lens). Thus, you can use effectively in still photography and video, blur reduction optimizes images even while walking or sitting in a moving vehicle. The system automatically detects motion and optimal calibration regardless of the direction of motion, even the cross. Users can check the image stabilization effect on the Live View LCD screen and EVF viewfinder.

Olympus OM D E-M1 is comes with M.Zuiko Digital ED kit lens 12-40mm f/2.8 PRO, the equivalent focal range of wide-range 24-80mm on full-frame cameras, lets you capture diversified photos from portraits, architecture, interior and landscape photos. In addition, the lens also has a relatively large aperture of 2.8, giving you convenient shooting in low light conditions with wonderful bokeh and quick focus technology. Not only that, M.Zuiko Digital ED 12-40mm f / 2.8 PRO is also coated with Zuiko Extra-Low Reflection Optical Coating exclusive of Olympus, help overcome the flare even when shooting dark light. It’s also supporting dust and scratch resistant lens. You can use this lens with the lens hood attached Olympus LH-66 for daytime photography, the Olympus PRF-D62 PRO filter to protect the lens and for natural color images.

According to the trend today, the Olympus OM-D E-M1 professional camera is integrated Wi-Fi connectivity with Olympus Image Share 2.0 applications. Application feature is transferred images and videos from the camera to the smartphone and many more other devices. Interface with customizable parameters and modes. In addition, applications synchronize to GPS of smart phone to transfer images through the camera. In addition, HDMI port, USB 2.0 with integrated Wi-Fi connection also allows you to quickly transfer the image data with audio and video have just made to the big screen TV, laptop, smartphone without wasting too much time.

Besides the ability to capture photos at 10 frames/sec, the Olympus OM-D E-M1 camera is equipped with Full HD video recording capability maximum speed of 30 frames/sec. Thus, you can easily record video with vivid strokes of fast moving objects and vibrant colors.

He started this blog as a hobby to show his affection for gadgets, but over the time this hobby became professional. And now he is working as a full-time blogger, but in free time he loves watching movies and games. PayPal donation for TechToyReviews will be appreciated.
@https://twitter.com/Techtoynews
Previous Canon EOS 750D with 20MP Camera
Next Canon PowerShot SX520 HS Review