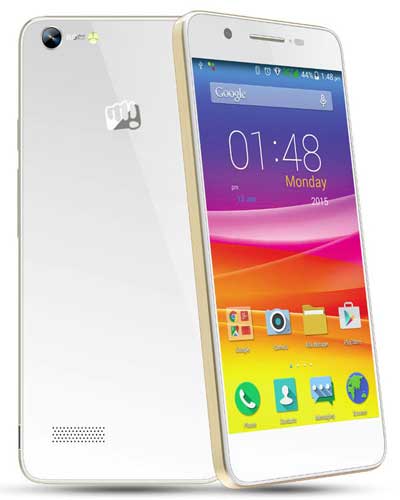 At first glance, this phone has HD 5-inch AMOLED display with a resolution of 1280×720 pixels, which is also protected by the Gorilla Glass 3. For the performance of the Micromax Canvas Phones, it comes with 1.3 GHz quad-core processor with a Mali 450 graphics accelerator and 1 GB of RAM. The internal storage of 8 GB, which is expandable via Microsd card up to 32 GB.

The front camera does not boast outstanding, it is only a 2 megapixels, while the rear camera of 8 megapixels with Sony Exmor RS sensor. Additional features include – autofocus and LED-flash. Unfortunately, this device does not support 4G LTE, but other wireless communication such as Wi-Fi 802.11 b / g / n, 3G, Dual-SIM and Bluetooth 4.0. Micromax Canvas Hue will be running Android 4.4.2 OS, but the company has promised to release an update to Android 5.0 Lollipop shortly. 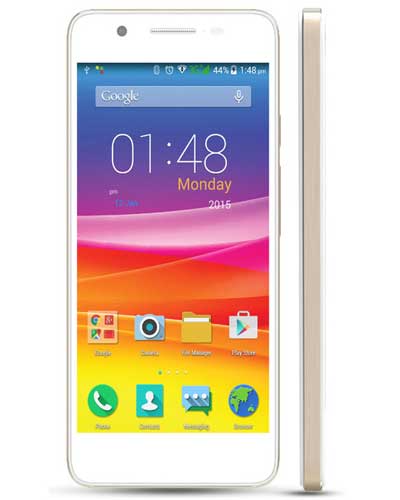 The battery capacity of the Micromax Canvas Hue is 3000mAh with power saving mode, According to the Micromax company, it will be able to work up to 30 days without recharging.

He started this blog as a hobby to show his affection for gadgets, but over the time this hobby became professional. And now he is working as a full-time blogger, but in free time he loves watching movies and games. PayPal donation for TechToyReviews will be appreciated.
@https://twitter.com/Techtoynews
Previous Oppo R1C Smartphone with 64-bit Snapdragon 615 chip
Next Lenovo Tab 2 A7-10 with Quad-core MediaTek Chip Launched at Rs. 4,999