In October, the Micromax India and Cyanogen company announced a cooperation in which will be released Latest Micromax Mobile Phone with preloaded CyanogenMod firmware. Micromax India held a press conference where it was announced the creation of a new brand called YU, which will deal with the issue of smartphones based on CyanogenMod. Also worth noting that all the devices under the brand YU will be sold exclusively through online web stores.

The first joint venture of Cyanogen and Micromax is Yureka smartphone, which is promised to develop, will forever change our understanding of the use of a smartphone. This new Micromax Yureka smartphone will be sold exclusively through Amazon at a price of 8,999 rupees. Micromax has promised to release a few more smartphones with YU brand and all of them will be shipped with firmware from Cyanogen.

The Micromax Yureka has a large HD 5.5-inch IPS display with a resolution of 1280×720 pixels and pixel density of 267 ppi, protected by the third generation Gorilla Glass 3. This phone is powered by Qualcomm Snapdragon 615 chipset running on 64-bit processor and containing a 1.5 GHz octa-core processor. The Graphics accelerator is Adreno 405 GPU, and RAM size of 2GB. In the built-in storage at the new smartphone is 16 GB, also expandable via MicroSD card slot up to 32 GB.

The Micromax Yureka comes with 13 megapixels rear camera with SONY IMX135 Exmor sensor, f-2.2 aperture and front camera of 5 megapixels. In addition to the CyanogenMod 11 based on Android 4.4.4 KitKat platform, Micromax Yureka offer Nextbit Baton support services, which allows you to synchronize between different devices, not only transfer data and programs, but also their status. That is, the user can open any application on CyanogenMod device and continue to work on any other phone. 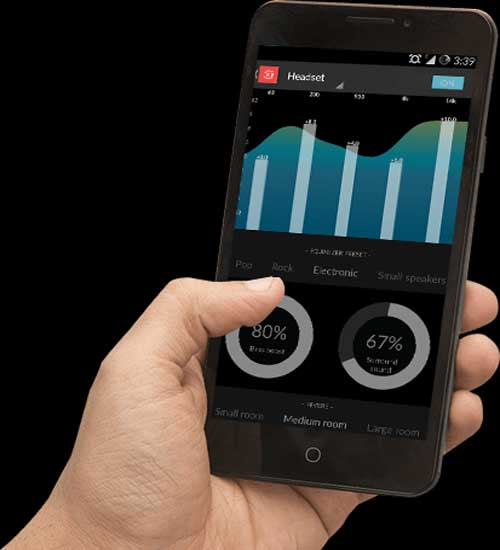 The phone support networks of the fourth generation 4G LTE, function Dual SIM and the battery capacity of 2500 mAh, promise to 4 hours in the play mode, up to 6 hours of video playback, up to 24 hours of music playback. In 2G networks smartphone live up to 15 hours on 3G up to 13 hours when used in LTE networks with minimum brightness.

He started this blog as a hobby to show his affection for gadgets, but over the time this hobby became professional. And now he is working as a full-time blogger, but in free time he loves watching movies and games. PayPal donation for TechToyReviews will be appreciated.
@https://twitter.com/Techtoynews
Previous Lenovo P70 upcoming new midrange Smartphone
Next Oppo 3007 Smartphone with 64-bit chip only for $273