The designer Ryan Smalley has continued to give new concept designs of Lumia 940 and 940 XL with extremely luxurious style and powerful specifications. 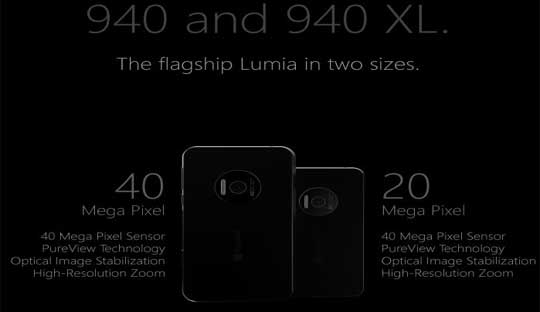 After a series of changes in the design of technology products, seemingly common product of recent times is the minimalist design with a combination of two materials such as metal and glass. Opening with Apple then HTC, Samsung and recently Sony, all are slowly changing the technology to better fit with the trend. 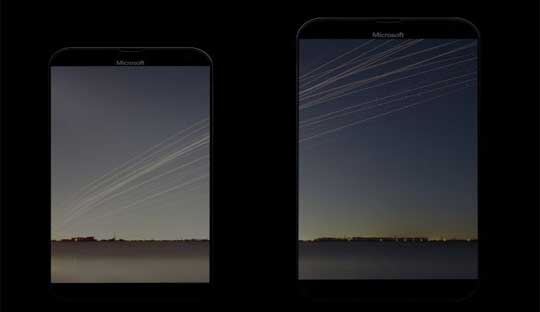 The designer Ryan Smalley from America is back with a new Concept version of the Lumia 940 and 940 XL. Designer Ryan Smalley said that Microsoft will soon reappear with the aluminum, glass and simple design. Under the Nokia brand, many smartphones with metal shell was launched for the panoramic view over the Lumia Microsoft products in the future.

Specifically, the Lumia 940 and 940 XL is created by the hands of Ryan Smalley with ultra-thin screen edges, aluminum frame body and the back surface of a Polycarbonate material same as the Lumia line smartphone. Besides, this duo product will own camera with a 40-megapixel and 20-megapixel respectively, with optical stabilization, digital zoom and comes with xenon flash for a better photography experience.

Both Lumia 940 and 940 XL with built-in Windows 10 operating system looking extremely gorgeous. In particular, the back of the Lumia 940 XL with a 40-megapixel PureView camera with optical stabilization and digital zoom.

The Lumia 940 camera with only 20-megapixel PureView camera, OIS optical stabilization and a Xenon flash technology.

He started this blog as a hobby to show his affection for gadgets, but over the time this hobby became professional. And now he is working as a full-time blogger, but in free time he loves watching movies and games. PayPal donation for TechToyReviews will be appreciated.
@https://twitter.com/Techtoynews
Previous How to install Windows 10 for Windows Phone devices
Next LeTV X900 and LeTV X600 smartphone with borderless design