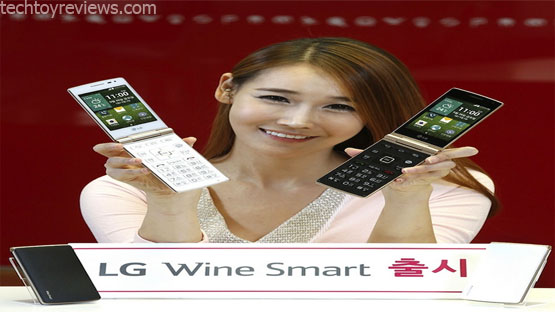 However, the specs of LG Wine Smart is not too advanced when running 1.2 GHz quad-core processor, 1GB of RAM and 4 GB of internal storage and microSD card support. The display also makes LCD technology with 3.5-inch size with a resolution of 480×320 pixels.

The LG Wine Smart Smart Flip Phones also has rear cameras with 8 MP and a VGA camera on the front. Battery capacity of 1,700 mAh also removable for replacement. 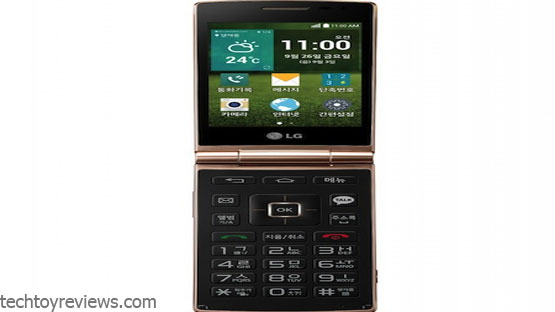 LG Wine Smart also has a number of features, specially designed for senior citizen users and is compatible with the physical keyboard. The phone also functions Safe Keeper will automatically send an emergency notification, along with the necessary information such as the location of the phone to the predetermined number of cases having any problems. In addition, the phone also has a dedicated button for messaging app Kakao Talk is very popular in Korea already.

A year ago, LG’s main rival  Samsung has also launched Samsung Flip Smartphone, but unsuccessful due to high prices and not so prominent designs. Many experts doubt that the technology of LG Wine Smart Clamshell Cell Phones will follow this trail as well.

He started this blog as a hobby to show his affection for gadgets, but over the time this hobby became professional. And now he is working as a full-time blogger, but in free time he loves watching movies and games. PayPal donation for TechToyReviews will be appreciated.
@https://twitter.com/Techtoynews
Previous Galaxy Mega 2 with features and review
Next Dell Venue 8 7000 tablet launched at IDF 2014