The world’s thinnest and lightest tablet exist in a very short time. During the Intel Developer Forum 2014, manufacturer of Dell has introduced the world thinnest tablet with the name Dell Venue 8 7000. Dell has officially announced a new version of the tablet series of 7000. Dell Venue 8 tablet highlight is extremely slim impressing, only 6 mm. So this tablet has surpassed all rivals to become the thinnest tablet world. 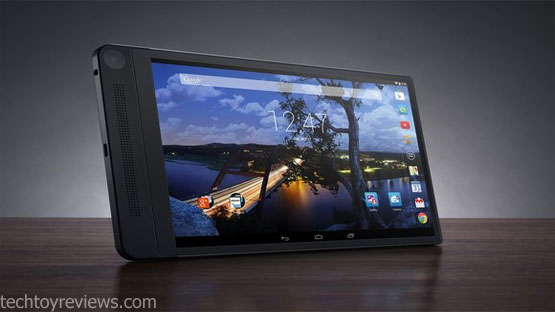 Dell Venue 8 7000 is also equipped with excellent specifications with the help of Intel. Tablet owns a 8.4 inch OLED screen resolution of 2K (2560×1600) same as the Samsung Tab S, using the fact that Dell’s display quality is very high. It has the latest technology of 3D Real Sense Intel. Besides being a Real Sense technology is also equipped with Intel on this tablet to create depth to the picture.

Currently, no accurate information about the configuration of the tablet that did not provide for the world of technology, just know that Dell Venue 8 7000 will be equipped with quad-core, latest Intel MooreField SoC. This tablet running Android 4.4 KitKat and start being sold in November, the selling price has not been disclosed.

Dell Venue 8 7000 thin, but not compact, it is because Dell had to spend a large area for Intel Real Sense camera on the underside of the tablet. Venue 8 7000 has a sophisticated design with a basic rectangular aluminum frame, simple design that many people prefer. In this version Dell only made two black and gray models, quite fresh. 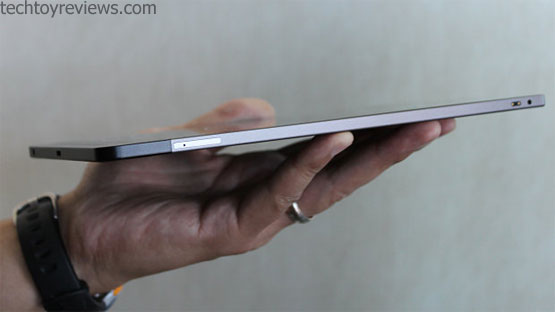 Contour display of the tablet is an advantage, it is not too thin as the high-end phone, but we rarely see this type of edging. In support of this holding, the Dell users to expand the area of ​​the bottom, containing the region just before the camera so we do not touch the screen to handle.

About RealSense, Intel wanted to show on Dell Venue 8 7000 previously, the sensors are usually very large, but they scaled it back to be integrated into laptops and tablets this year. On Venue 8 7000 has a total of 4 different cameras, one front and three rear log. Of this number, only 3 have a 8MP main camera is also photographing the remaining 2 cameras supporting role to record the depth of the image. Resolution of two cameras is 720p.

It caters for pre-focus after shooting style, but HTC One Duo Camera brings more accuracy than data recorded much deeper levels. It also calculates the size of an object when we pointed the camera to create these effects, or remove the entire rear color of the photographs.

The thinnest tablet world at IDF 2014 with a thickness of just 6mm. Price of Venue 8 7000 has not been determined, we know it’s only sold during November.

He started this blog as a hobby to show his affection for gadgets, but over the time this hobby became professional. And now he is working as a full-time blogger, but in free time he loves watching movies and games. PayPal donation for TechToyReviews will be appreciated.
@https://twitter.com/Techtoynews
Previous LG Wine Smart Flip smartphone with Android
Next Top 5 Best Laptop with Core i5 processor