B&HPhoto has recently opened pre-orders for all latest LG products including flagship LG G5, along with its friends such as 360 Cam and 360 VR headset, one of the latest technology with more innovative features coming this year. 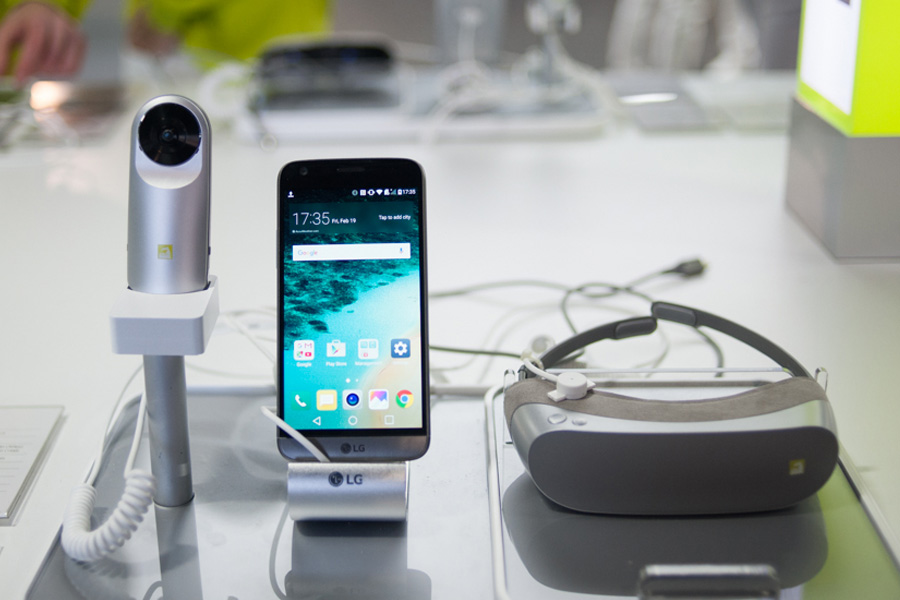 The LG G5 features a 5.3-inch IPS Quantum display with Quad HD (2560 x 1440 pixels) resolution. It has Always-On Display will always turn-on to display some needed content as date and time. The G5 has compact and lightweight metal uni-body, with curved edges, soft corners and 3D Arc Glass design.

Talking about the LG 360 VR Headset, it will be connected to the G5 via USB-C port. It is 2/3 lighter than other virtual reality headsets. It is also connected to your LG G5 smartphone via a dedicated cable in order to simulate a 130″ television from a distance of 6.6′. There are two lenses each with a size of 1.88″ and resolution of 960 x 720 pixels with a with a pixel density of 639ppi. This LG G5 VR headset also plays Google Cardboard Content and accompanied with gyro sensor, accelerometer and proximity sensor.

LG 360 CAM, on the other hand, it’s a 360 degree camera for G5. When connected, it has ability to record wide panorama video thanks to its dual front and rear cameras with a 13-megapixel resolution.

It’s a very compact, easily fit in the palm. It used to record 360 degrees photograph or video and then viewed on the LG virtual reality headset or on the phone. It has two lenses, each with a 13MP resolution and can rotate up to 200 degree ultra-wide angle. It can capture photos and 2K (2560 x 1280) video in full 360 degree panoramic view.

Thanks for reading! If my article helped you, I would be happy if you visit Techtoyreviews again and follow it on Social media. This article contains partner "affiliate" links. Clicking on it will take you to the provider and if you make a purchase, Techtoyreviews will receive a small amount of support.
@Techtoynews
Previous Vernee Apollo TP live pictures, Impressive 2mm Narrow Bezel and Large Screen Ratio
Next HP Spectre 13 with Ultra-thin Body, New Logo and 9 hours Battery life Launched