LG will hold a special event on 28th April to introduce the new flagship of the company. LG has released a short trailer of the feature on their next flagship model. Emphasis on QHD display with Quantum Electronics technology. 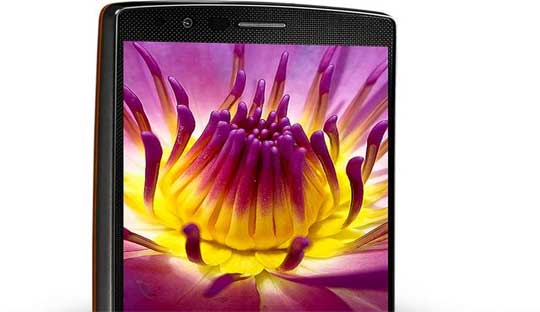 With the new screen, the pixel density of the G4, not different from the LG G3 Screen Resolution debuted last year, however, the new IPS panels will provide much improved display quality. Accordingly, LG will focus on improving the visual experience on the LG G4, with a 5.5 inch screen used Quantum technology.

According to the manufacturer, the screen colors are more vivid, most precise due to the increase of color range up to 20%. Brightness are also increased by 30% without affecting power consumption, contrast ratio is also higher on the Quad HD LCD usual 50%. In addition, LG also equipped with enhanced In-Cell Touch (AIT) technology to enhance the sensitivity of the new touch screen.

In the demo video above, LG emphasized the difference in sharpness, brightness more than 25% and 20% gradient on new IPS Display comes with the invitation to the press conference on the 4/28.

The QHD Resolution display is a key highlight of LG G4 Phone. In addition, LG also set up their device with a 16-megapixel sensor camera on the back, a 8-megapixel camera on the front. LG G4 running on the Android Lollipop platform with the latest LG UX 4.0 interface.

He started this blog as a hobby to show his affection for gadgets, but over the time this hobby became professional. And now he is working as a full-time blogger, but in free time he loves watching movies and games. PayPal donation for TechToyReviews will be appreciated.
@https://twitter.com/Techtoynews
Previous Lenovo A6000 Plus with double RAM and Internal memory coming soon
Next Sony officially launches HDC-4300 4K system camera