LG is expected to announce the next version of the G Flex smartphone with curved screen at the CES 2015 event takes place this month. 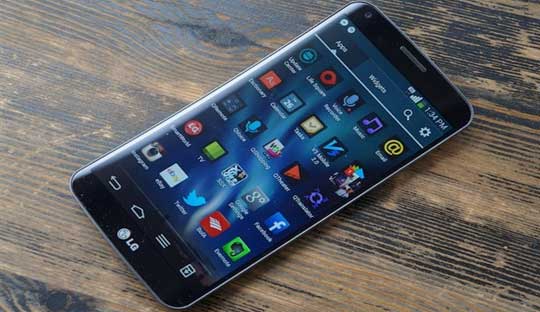 According to the Korean site, LG G Flex 2 is also equipped with 64-bit Snapdragon 810 processor and also features LTE-A tri-bands connectivity, do not have any other disclosures in this model.

LG G Flex officially introduced at the end of 2013, the outstanding characteristic of this model is flexible curved screen and self-healing scratch on the back cover. But it was not until earlier this year, LG plans to launch new models of the new generation at the CES 2015 event.

The information leaked earlier said the LG G Flex 2 will have a smaller screen than the first-generation version, but possesses a higher resolution. Previously LG G Flex Cell Phone has been accompanied by 6 inch 720p display, is quite large and many people were complaining, so LG will abridge in this new version screen size to 5.5 inches with Full HD resolution. Of course the next version will inherit the significant features of its predecessor model with the ability to heal scratches and a flexible curved screen.

The LG G Flex will probably be released in the US first. Of course, for more detail we must have to wait until CES 2015 begins at 6/1 and see LG will give us any surprises.

He started this blog as a hobby to show his affection for gadgets, but over the time this hobby became professional. And now he is working as a full-time blogger, but in free time he loves watching movies and games. PayPal donation for TechToyReviews will be appreciated.
@https://twitter.com/Techtoynews
Previous Xiaomi Redmi Note 2 Mid-range Smartphone with 64-bit Snapdragon 615
Next ViewSonic V55 Smartphone with Retina Scanner Launched at CES 2015