LG G Flex 2 will be the next version of the smartphone model possesses a unique curved screen from LG. 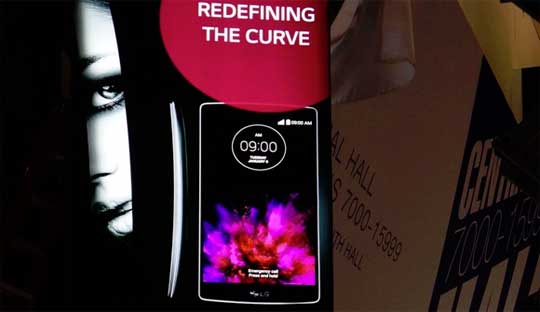 According to sources from the media technology, the next curve screen phone by LG will be introduced during the CES 2015 convention held in January of this year. However, it seems that the image of the LG G Flex 2 was revealed shortly before the phones are published.

It can be seen in terms of design without too many changes (LG G Flex Cell Phone) on upcoming models of LG. However, the significant improvement in terms of configuration will definitely appear on this smartphone model. One of them is the appearance of the new generation Snapdragon processor.

As expected, LG G Flex 2 will be officially introduced during an event to be held in Las Vegas.

He started this blog as a hobby to show his affection for gadgets, but over the time this hobby became professional. And now he is working as a full-time blogger, but in free time he loves watching movies and games. PayPal donation for TechToyReviews will be appreciated.
@https://twitter.com/Techtoynews
Previous Alcatel Pixi 3 Smartphone with 3 operating systems
Next Acer Liquid Z410 LTE Smartphone with 64-bit SoC