Not enough to convince the costumers to buy smartphone devices with affordable price. Alcatel OneTouch – The Smartphone Manufacturer from France also gives us a smartphone capable of running up to 3 operating systems, including Firefox, Windows Phone and Android. Currently, Samsung has yet to reveal more pictures and information about Alcatel Pixi 3, most likely in the CES 2015 event took place on 6-1, this model will appear clearer.

To meet the needs of numerous users, Alcatel Pixi 3 will have four different screen sizes, including 3.5-inch, 4-inch, 4.5-inch and 5 inch. All models of all products will support 4G LTE connectivity, except only 3.5-inch version provides 3G network. Each version of the Alcatel Pixi 3 will have a huge selection of different colors. The small version of Alcatel Phone Cases will be purple, green, yellow and white. The 4-inch version will be yellow, orange, green and black. There will be many more colors are added to the Alcatel Phone Covers collection. 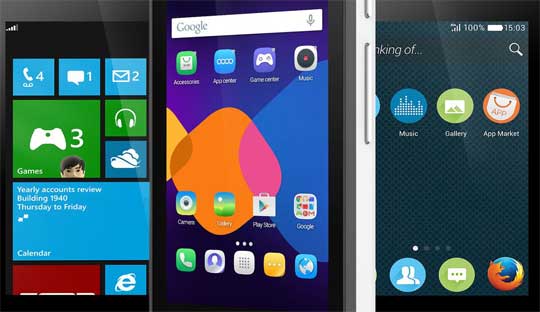 Currently we cannot clearly understand whether Alcatel Smartphone would put all three operating systems in one device or what they will do the various versions of Pixi 3 smartphone with different hardware configuration. Perhaps the most reasonable that they would just announce Pixi 3 with a pre-installed operating system, but allows us to change the platform for the device.

Let’s wait and watch for more news about this interesting Alcatel Telephone device because it will soon appear in the near future – probably at Consumer Electronics Show – CES 2015 or Mobile World Congress – MWC 2015. For now the hardware details, release date and price of the device is still unknown.

Check out Alcatel One Touch Android Smartphone Below:

He started this blog as a hobby to show his affection for gadgets, but over the time this hobby became professional. And now he is working as a full-time blogger, but in free time he loves watching movies and games. PayPal donation for TechToyReviews will be appreciated.
@https://twitter.com/Techtoynews
Previous Lava EG932 Smartphone with Quad core SoC only in Rs. 11,989
Next LG G Flex 2 real image revealed before the announcement at CES 2015