With the Leica Noctilux-M 50mm f1.2 ASPH. Leica is relaunching a lens that has a very special place in Leica’s history. The Noctilux 50mm f1.2 was produced between 1966 and 1975 and was – as the first lens ever with aspherical surfaces – a minor sensation. The first Noctilux not only achieved legendary status because of its enormous light intensity but also because of its image effect, because when the aperture is open, the images appear soft and almost dreamy – an unmistakable look with a special bokeh.

The new Noctilux-M 50mm f1.2 ASPH design and build-quality are so close to the original, that the image effect is comparable according to Leica. “The fact that this lens was calculated more than 50 years ago does not mean that it can only be used for nostalgic experiments,” emphasizes Leica, “because after stopping down to f/2.8 it delivers very sharp images that also meet modern demands image quality in the digital age. In addition, the lens is still the most compact and lightest Noctilux in the Leica lens range.

The Noctilux-M 50mm lens will be available in two versions. Before the lens came onto the market in 1966, Leica M lenses were mostly made of silver and were rarely made as discrete special models for photo reporters in black. With the Noctilux, the turn to black anodized lenses began. Before that, around five prototypes were made in silver, which today are among the rarest, most sought-after, and most expensive M lenses. The series model of the Noctilux 50mm f/1.2 in black was also only available in a limited number of 1757 units so that well-cared-for specimens are among the sought-after collector’s items today.

The black anodized version of the Noctilux-M 500 F1.2 ASPH lens with aluminum frame is now available from Bhphotovideo.com retailer at a price of $7,695. The lens is delivered in a cardboard box inspired by the original and with a metal front and rear caps, metal lens hood, and a special plastic lens container in which the lens can be safely stored. In addition, “LEITZ WETZLAR” instead of “LEICA” is engraved on the front ring and the packaging will be even more similar to that of the original.

Earlier this week, as part of the celebrations for the 40th anniversary of the Leica Oskar Barnack Awards, Leica has introduced the Leica M10-P Reporter reportage camera that is suitable for even the toughest conditions, priced at $8,795.

He started this blog as a hobby to show his affection for gadgets, but over the time this hobby became professional. And now he is working as a full-time blogger, but in free time he loves watching movies and games. PayPal donation for TechToyReviews will be appreciated.
@ankit4554
Previous Asus ROG Strix G17 G713 Review: 2021 Strix G Series Is Here
Next Sirui 24mm F2.8 Anamorphic 1.33x Lens Now Available on B&H Store 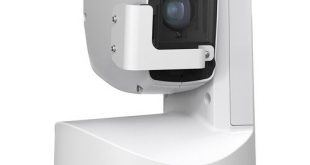 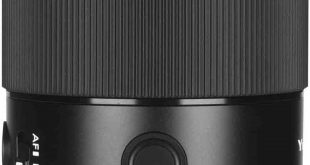 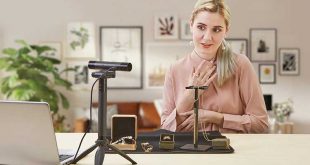 AVerMedia PW313D DualCam allows you to broadcast from two angles

The Taiwanese company AVerMedia Technologies, which specializes in the design and manufacture of presentation multimedia …