These days most of the talk about of iPhone 6 and Galaxy Note 4, but in this post we are talking about other smartphones for mid-range users. We have here LAVA Iris 404 Flair and LAVA Iris 352 Flair smartphones, available in Indian market.

Lava Iris 404 Flair smartphone has a 4 inch display with a resolution of 800×480, it has a capacitive touchscreen display. The processor of 1.2GHz dual-core SoC and the amount of RAM is just 512MB. Lava Iris 404 has inbuilt 4GB internal memory, it can be expandable via microSD card. 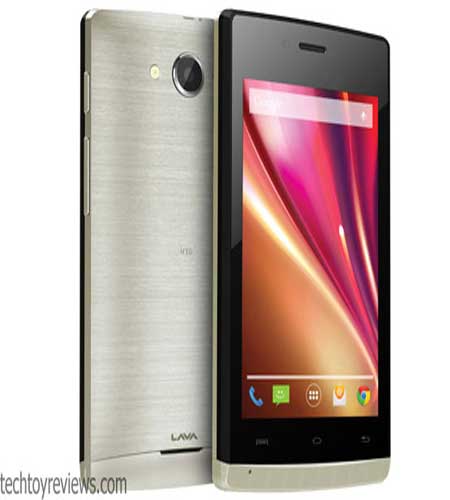 Lava manufacturer is present this smartphone with Android 4.4 operating system, the thickness of the body is 10.2mm, with a new battery capacity of 1400 mAh. The rear Camera of 2 mega pixels and the front has 0.3 mega pixels, the rear camera also comes with a LED flash. Lava Iris 404 Flair smartphone also comes with FM radio, 3.5mm audio jack and has dual SIM card slots. There is information that this smartphone also supports 3G, Bluetooth, WiFi GPS and A-GPS.

This new Lava Iris 404 Flair price is just Rs. 4199, which is not more expensive with this amazing feature.

We meet another new smartphone from the Lava company, once again we will talk about a simple and mid-range smartphone.

One of the other smartphone is the Lava Iris 352 Flair from Lava company, which was presented today in India. The phone has a 3.5 inch display with a resolution of 480x320pixel, a 1GHz dual-core processor to make it a little more powerful. Obviously insufficient RAM of 256MB and 2GB of internal memory, which only 1.1GB is available for the user is not acceptable. But this Smartphone comes with Android 4.4 OS.

LAVA Iris 352 Flair also supports microSD card for expanding the memory of this phone. The phone weighs just 100 grams and has a thickness of the body is 10.6mm. It is enabled with a 1200 mAh battery with 2 mega pixel rear and 0.3 mega pixel front cameras. LAVA Iris 352 Flair also comes with Dual SIM card slot. For connectivity is supported 2G -EDGE, WiFi, and Bluetooth.

He started this blog as a hobby to show his affection for gadgets, but over the time this hobby became professional. And now he is working as a full-time blogger, but in free time he loves watching movies and games. PayPal donation for TechToyReviews will be appreciated.
@https://twitter.com/Techtoynews
Previous LAVA Iris X5 Selfie Smartphone
Next Lenovo Y50 gaming laptop quick review