The Taiwanese company Acer has released an updated version of the tablet called Acer Iconia Tab 10. Model under the designation Iconia Tab 10 A3-A20FHD different high-definition display and a low price. 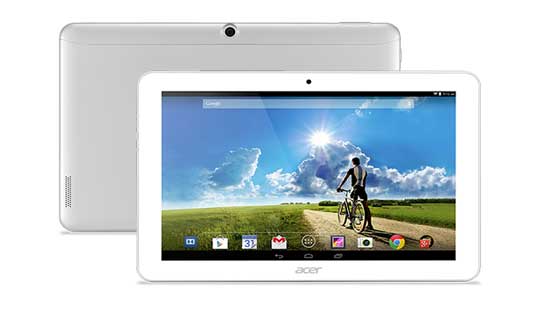 The Acer Iconia Tab 10 is a sample tablet, Acer group-oriented design to customers looking for a product with high quality display. According to Acer, 10.1-inch screen on the Iconia Tab 10 has shortened the maximum distance between the surface of the glass and screen with Zero Air Gap technology to ensure wide viewing angle up to 170 degrees and high contrast displayed whether viewed from a narrow angle.

Besides, 10.1-inch screen with a resolution of 1920 x 1200 pixels is also coated with scratch-resistant glass Gorilla Glass 4 and an anti-fingerprint coating that make this tablet more durable for daily use but also ensure sharp image quality. The back panel of the Iconia Tab 10 is made of sturdy aluminum, and it is equipped with Dolby stereo speakers. It has a 5910 mAh battery capacity, which is deliver video playback time up to 8 hours.

He started this blog as a hobby to show his affection for gadgets, but over the time this hobby became professional. And now he is working as a full-time blogger, but in free time he loves watching movies and games. PayPal donation for TechToyReviews will be appreciated.
@https://twitter.com/Techtoynews
Previous Subor S3 World’s First Smartphone with bezelless design
Next HTC One M10 Concept Smartphone designed by Hasan Kaymak