With the Victus 15, HP is presenting a cheaper alternative to the Victus 16 that is already available. The HP Victus 15 notebook is intended to impress customers with its chic design and acceptable gaming performance, and there is also a high-quality sound system from Bang & Olufsen.

The Victus 16 is followed by the Victus 15, which HP positions as an even cheaper, but just as stylish gaming notebook. At least that applies to customers who prefer clear lines and a simple look to the usual “gamer style” because the Victus by HP 15 could just as easily pass as an office notebook, the performance should be sufficient for gaming enthusiasts.

However, the low price comes with some compromises. On the one hand, HP installs a 15.6-inch display with a 1080p resolution, which achieves a brightness of only 250 nits and which can only display 45 percent of the NTSC color space. The screen of the model with AMD Ryzen 5 5600H even has a frame rate of only 60 Hz, if you want a 144 Hz panel, you have to use the variant with Intel Core i5-12500H.

In addition to the more powerful processor, Intel also offers a faster graphics chip, namely the Nvidia GeForce RTX 3050 Ti laptop GPU, instead of the AMD Radeon RX 6500M. Both GPUs have 4 GB of GDDR6 graphics memory and are suitable for playing current games in 1080p resolution with medium to high details. The 70 Wh battery in the AMD model achieves a longer runtime of up to 07:30 hours of mixed-use instead of just 06:45 hours.

The new HP Victus laptop is 2.4 centimeters thick, a 2.27-kilogram notebook is rounded off by stereo speakers from Bang & Olufsen, Wi-Fi 6, and an SD card reader. You won’t find Thunderbolt in either variant, instead, there is one USB-C (5 Gbit/s), two USB-A, Ethernet, and HDMI 2.1.

The Victus by HP 15 gaming laptop is available on the Bestbuy.com and Amazon.com websites with prices starting at $649.99.

He started this blog as a hobby to show his affection for gadgets, but over the time this hobby became professional. And now he is working as a full-time blogger, but in free time he loves watching movies and games. PayPal donation for TechToyReviews will be appreciated.
@https://twitter.com/Techtoynews
Previous ViewSonic X2 1080p Projector for Home Entertainment
Next Acer Swift X SFX16 is now available for purchase with a dedicated Intel Arc A370M GPU 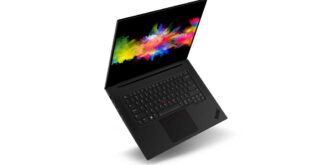 The Lenovo ThinkPad P1 Gen 5 was launched without a big announcement. Given the small …