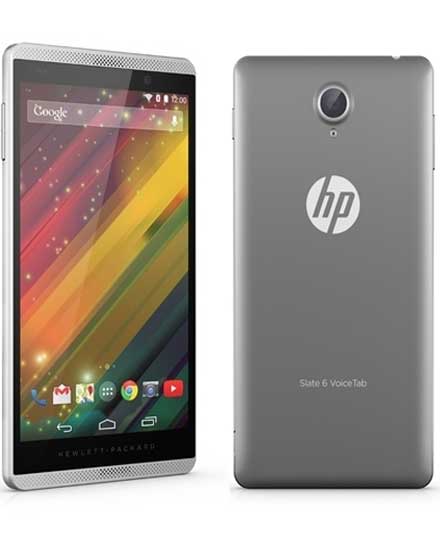 HP Slate India launched this Slate 6 VoiceTab II for the Indian market. Quite a lot of people curious to know that this device is a tablet or smartphone, the answer it is the hybrid of tablet and smart phone so call it the phablet. This second generation HP Slate 6 VoiceTab II tablet comes with Dual SIM card slots.

The configuration of the HP Slate 6 VoiceTab II also strong with the 1.2 GHz quad-core processor with Marvell PXA1088 chip, and 1 GB of RAM. The internal memory of 16 GB and also expandable via Microsd card up to 32 GB, with the battery capacity of 3000 mAh.

Currently, HP Slate 6 VoiceTab II has been on the HP online store in India, in two gray and silver color, HP Slate 6 Voice Tab Price just Rs. 15,990. Information about the availability of this device in other countries is unknown.

He started this blog as a hobby to show his affection for gadgets, but over the time this hobby became professional. And now he is working as a full-time blogger, but in free time he loves watching movies and games. PayPal donation for TechToyReviews will be appreciated.
@https://twitter.com/Techtoynews
Previous Gionee W900 Smartphone with Two 1080p Displays
Next HP Slate 17 Hybrid of Tablet and Desktop