Finally, after some time we have the Google Nexus 6 with beautiful design and run the original version of Android 5.0 Lollipop, this device is attracting a lot of attention from users. 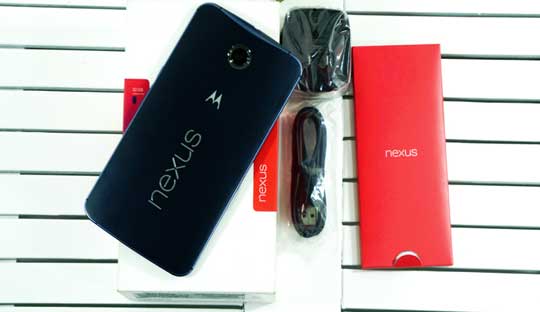 Despite owning a higher price than its predecessor as the Google Nexus 4 and Nexus 5, but so that the Nexus 6 has very good hardware. However, the design of the phone is not really impressive.

With such high specifications, 2.7GHz quad core processor, Snapdragon S805 chip, 3GB of RAM, the device runs very smoothly. True to the brand Nexus, Android may be the smoothest running for Nexus 6. In the hand, the phone does not cause any type of lag. 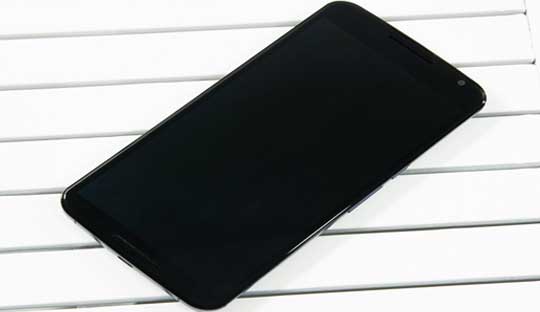 The Nexus 6 Price is a relatively high around $799, but with the modest accessories. The user will receive an old charger, cable and instruction manual. However, the charger of Nexus 6 was integrated fast charging technology, Motorola Turbo Charger promises to shorten the time required to charge the battery. 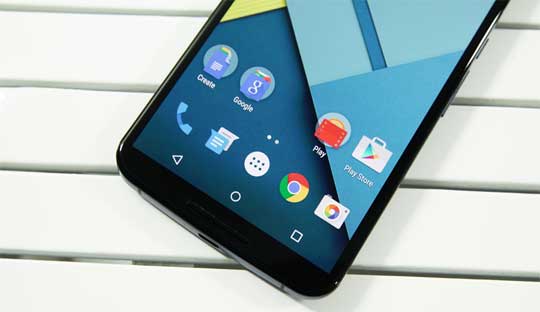 Known as the code name “Shamu”, the name of a whale. However, Google Nexus 6 is quite compact. The overall size of this smartphone is equivalent to the iPhone 6 Plus with 5.5 inch display.

The front of the Google Nexus 6 is not rated high, the user will be confused at first glance that this device home button. In fact, it is part of the loudspeaker. Although the design is slightly rough, but this pair of external speakers promises to enhance the user experience while playing games, listening to music or watching movies etc. 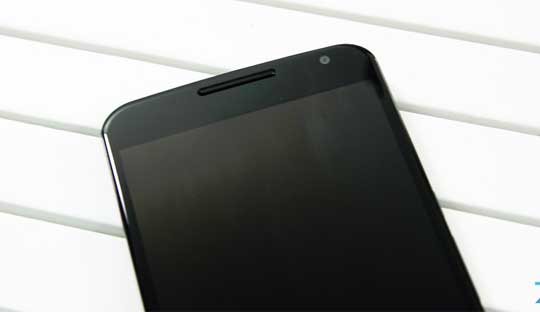 The emphasis on the design of the Google Nexus 6 is a metal frame with two antennas pointed rounded looking eye catching. Feeling quite comfortable in the hand. Moreover, with this stylish rounded Google Nexus 6 feels more fragile compared to devices with different metal rim. 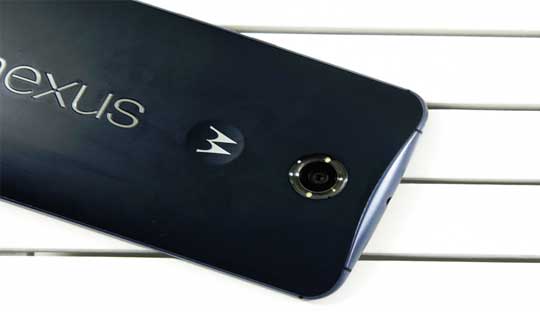 Despite owning AMOLED 5.9 inch display with 2K resolution of 1440×2560 pixels, however, the pictures displayed on the Google Nexus 6 is not really good. The screen with the yellowish effect, low brightness and the icon also slightly penetrable despite high resolution. 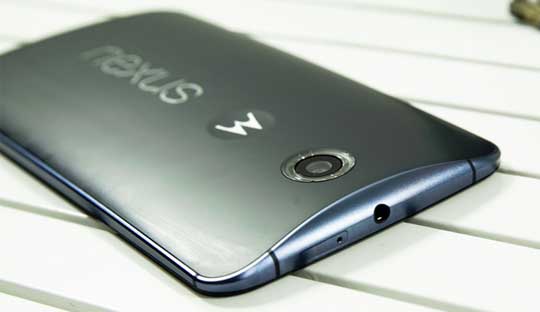 The most striking point of the Nexus 6 is probably on the back. Nexus logo on the back panel along with the Motorola logo and the camera cluster. 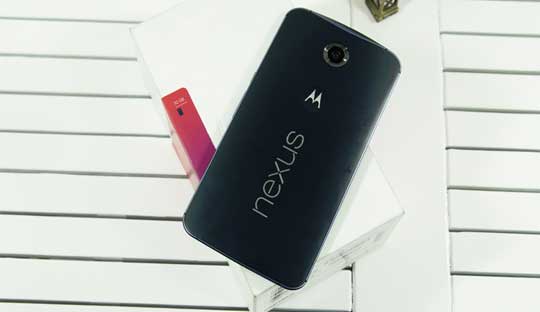 The Google Nexus 6 cameras follow the 13 megapixel resolution, support OIS optical stabilization and LED flash. The speed of the camera is f/2.0 which is okay, Nexus 6 takes about 1 second to capture and save pictures.

He started this blog as a hobby to show his affection for gadgets, but over the time this hobby became professional. And now he is working as a full-time blogger, but in free time he loves watching movies and games. PayPal donation for TechToyReviews will be appreciated.
@https://twitter.com/Techtoynews
Previous Acer Liquid Jade S first 64-bit Smartphone from Acer
Next Elephone P5000 Smartphone with long Battery life up to 4 days