Facebook has today officially launched the new feature called On This Day let you know that on this day last year what you’re doing, and what has been posted such as images or tag or the status of friends or not. 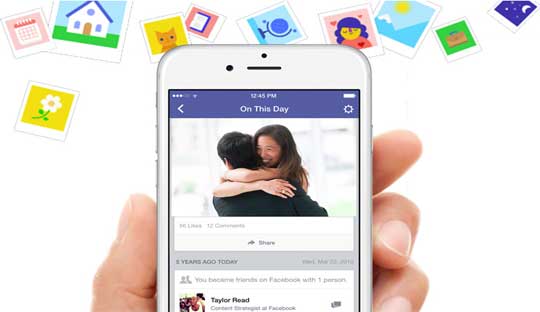 The Facebook On This Day feature has been tested in a long time and until today, Facebook announced it widely. By default, you can only see the memories of yours, of course, if you prefer, you can reshare this old post for all to see. On This Day is being slowly released for Facebook users around the world, both on the web and mobile.

In order to view this feature, you enter the site facebook.com/onthisday or choose More> On This Day. However, in some regions has not seen his test On This Day, we click on the link provided by Facebook but nothing appeared. Maybe have a take few more days or week to update for another region users. 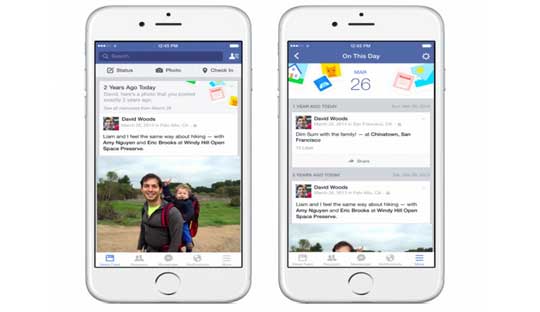 In fact, Facebook has begun testing this feature in 2013. However, this is the first time On This Day was officially introduced to everyone. By default, each with a separate page On This Day and can not be viewed by others unless they share. In addition, you can also sign up with Facebook to receive notifications on special anniversaries.

Note: Currently not everyone can use this feature, so do not worry if you did not get their pages On This Day. Facebook will soon launch this feature for Web and mobile.

He started this blog as a hobby to show his affection for gadgets, but over the time this hobby became professional. And now he is working as a full-time blogger, but in free time he loves watching movies and games. PayPal donation for TechToyReviews will be appreciated.
@https://twitter.com/Techtoynews
Previous Golden Dreams iPhone 6 and 6 Plus collections 2015
Next Xiaomi Ferrari upcoming mid-range smartphone