Cube i6 Air Tablet with Dual Android and Windows OS

While the market was saturated with smartphones and tablets running Android and Windows, there are very few devices that can run both two different operating systems at the same time. Although demand for devices running two operating systems are quite low, but some users still wish these types of devices. 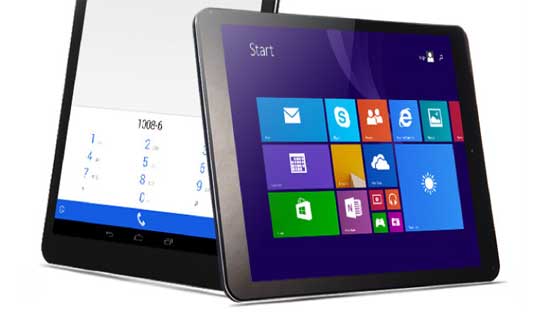 Recently, Cube – one tablet manufacturer in China has introduced a tablet called Cube i6 Air weighing 525g and is only 8mm thick. Especially this Cube i6 Air device with two operating system allows users to switch from Android to Windows OS. However, the two operating systems cannot run at the same time that the user will have to reboot the tablet when switching from Android to Windows OS.

The Cube i6 Air owns 9.7 inch display, screen ratio of 4: 3 with a resolution of 2048 x 1536 pixels, the 1.8GHz Quad-core processor, Intel Atom Z3735F chip, 2GB of RAM and 32GB internal memory which is also expandable via MicroSD card up to 32GB. The Dual OS tablet also enabled with a 5-megapixels rear camera also support autofocus, 2-megapixels front camera and battery capacity of 8000mAh.

He started this blog as a hobby to show his affection for gadgets, but over the time this hobby became professional. And now he is working as a full-time blogger, but in free time he loves watching movies and games. PayPal donation for TechToyReviews will be appreciated.
@https://twitter.com/Techtoynews
Previous List of Lenovo Smartphones updated to Android 5.0 Lollipop
Next Dell XPS 13 – 9343: Thin ultrabook with long battery life