BlackBerry Classic non camera version will be available from the end of next month at a price of $ 99.99. 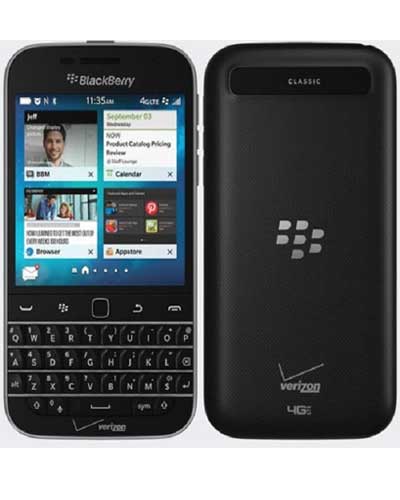 For followers of the BlackBerry brand, the New Blackberry Classic is a product that everyone wants to be once. The phone is the perfect combination of classic design with QWERTY keyboard and touch screen is also very popular on the current BlackBerry products. Because of this, information about the BlackBerry Classic attract a special attention from the people who love this product line.

According to the latest announcement from Verizon in the US, the company will release a special version of the BlackBerry Classic. The BlackBerry Classic non camera version will be sold in the US through Verizon and price is $ 99.99 with a two year contract, for unlocked version users have to pay $ 399.99, $ 50 cheaper than the original version which cost $ 499.

This BlackBerry Classic Non camera version will be complete without the presence of camera features, both in front and behind. According to the Verizon representative, this Non Camera Blackberry product is suitable for those who work in office with strict environments and require high security.

Although changes in camera functionality, the other specifications remain the same as BlackBerry Classic. It has a 3.5-inch touchscreen display with a resolution of 720 x 720 pixels, along with 1.5 GHz dual-core processor, Qualcomm Snapdragon S4 Plus chip, 2GB of RAM, 16GB of internal memory which is also expandable via MicroSD card up to 128GB.

The BlackBerry Classic and Passport are the two most recent notable Smartphones from Blackberry. Like the Classic, BlackBerry Passport also sold in the US with unlocked and different versions.

He started this blog as a hobby to show his affection for gadgets, but over the time this hobby became professional. And now he is working as a full-time blogger, but in free time he loves watching movies and games. PayPal donation for TechToyReviews will be appreciated.
@https://twitter.com/Techtoynews
Previous Galaxy S Duos 3-VE mid-range Smartphone with Android 4.4 OS Launched at Rs. 6,650
Next Micromax Bolt D321 Mid-range Android 4.4 Kitkat Smartphone with a 5-inch Display