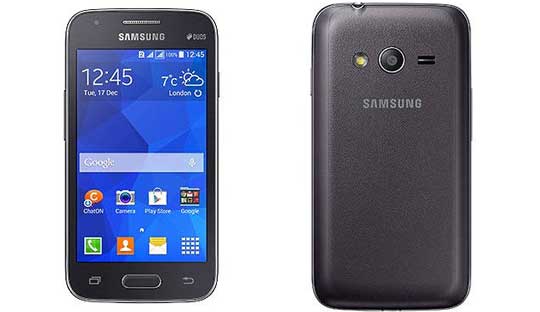 The Samsung Galaxy S Duos 3-VE, as the name implies, this is an upgraded version of the Galaxy S Duos 3 were released in India last September. As far as specifications are concerned, Galaxy S Duos 3-VE will have a 4 inch display with a WVGA resolution of 480 x 800 pixels and is powered by a 1.2GHz dual-core processor coupled with 512 MB ​​RAM, 4GB of internal memory which is expandable via microSD card up to 64GB.

This Samsung Galaxy S Duos 3-VE has 4GB of internal memory and can be expanded up to 64GB with microSD card. This smart phone also features a 5-megapixels rear camera with LED flash and the information on front camera is still unknown. It is packed with a 1500mAh battery and also supports dual-SIM card slot.

Meanwhile, let’s recall the original Galaxy S Duos 3 which has a 4-inch display with the same resolution, but runs on a 1.0 GHz dual-core processor combined with 512MB of RAM which is a main drawback of this Smartphone.

He started this blog as a hobby to show his affection for gadgets, but over the time this hobby became professional. And now he is working as a full-time blogger, but in free time he loves watching movies and games. PayPal donation for TechToyReviews will be appreciated.
@https://twitter.com/Techtoynews
Previous Archos 50 Oxygen Plus, 52 Platinum, 59 Xenon and 62 Xenon ready for MWC 2015
Next BlackBerry Classic Non camera version Launched at $ 99.99