With the Insta360 X3, the specialist for best 360 degree action cams has conjured up a new top model of its pocket-sized Insta 360 camera. Compared to the already very well-equipped Insta360 One X2 (approx. $430 / £400 on Amazon), the brand new Insta360 X3 comes with some strong and new features. The Insta360 competitor for the upcoming GoPro Hero 11 Black gets, among other things, a new 1/2-inch sensor and 2.29-inch touchscreen and delivers 5.7K 360° videos with Active HDR or 72 MP photos.

With the Insta360 X3, the 360-degree camera specialist has expanded the creative possibilities enormously. Whether it’s breathtaking sports action moves or fascinating panoramas – the Insta360 X3 allows you to record all scenes in high resolution as 360-degree videos and frame them later. Thanks to the 360° recording format, a 4:5 Instagram post can be turned into a 9:16 TikTok video with a tap of a finger in the app without cropping anything from the image.

According to Insta360, the 360° video quality of the X3 has improved again compared to previous generations thanks to the new Active HDR mode and 1/2″ sensor. The X3 retains the familiar features such as the “invisible selfie stick”, but is upgraded with a new “Me Mode” as selfie shots at 60 frames per second without reframing.

For content from a specific and fixed point of view, the single lens mode on the Insta360 X3 now allows 4K recordings as well as 2.7K for the 170-degree “MaxView” ultra wide-angle view with even more immersive POVs. There are also 72 MP photos and the 8K 360° time-lapse mode for city and landscape shots. The “Matrix”-like slow motion effect “Bullet Time” has also been improved in resolution and frame rates to 4K 120 fps and 3K 180 fps.

In addition, the Insta360 X3 is waterproof up to 10 meters and has a 6-axis gyro and the well-known “FlowState” stabilization for a shake-free camera image even during blatant action. In addition, the Insta360 X3 gets the new “Loop” recording mode, which turns the X3 into a dash cam. In the loop, the X3 continuously records videos, but only saves the last few minutes at a set interval, thus saving valuable space on the memory card.

The Insta360 X3 is available through Amazon.com, Amazon.co.uk, and Bhphotovideo.com online retailers, prices starting at $449 / £449. Accessories that can be purchased separately include a lens protector, an invisible accessory shoe, a microphone adapter, and the Quick Reader.

He started this blog as a hobby to show his affection for gadgets, but over the time this hobby became professional. And now he is working as a full-time blogger, but in free time he loves watching movies and games. PayPal donation for TechToyReviews will be appreciated.
@https://twitter.com/Techtoynews
Previous Fujifilm launches X-H2 flagship camera with XF 56mm and GF 20-35mm lenses
Next What Are The Best Gaming Microphones Under $100? 3 Options 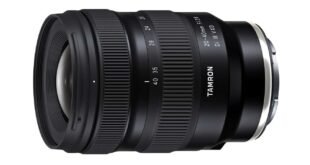