Insta360 announced ONE X2 – a new VR camera with stabilization, which allows shooting with 5.7K resolution has a standard IPX8 waterproof case, touch screen, and a plurality of different content editing functions that are based on artificial intelligence. The company generally retained the form factor of the previous model, but significantly improved the shooting features.

Technological improvements include a more capacious 1630mAh battery, which allows you to shoot for up to 80 minutes, and a bright touch screen appeared on the body, which, of course, will be appreciated by all users. The pocket camera is capable of working underwater at a depth of 10 meters and using a special box, you can dive to a depth of 45 meters.

The camera has 4 different shooting modes: 360°, Steady Cam, InstaPano, and MultiView. 4 microphones are responsible for recording stereo sound, the company promises an intelligent wind noise reduction algorithm and pure surround sound. The Insta 360 camera also supports voice control and it can be connected to Bluetooth headphones such as Apple AirPods.

Since the ONE X2 is a 360-degree camera, it allows simultaneous recording of 5.7K video in all directions, and the user will be able to select the main subject of concentration during post-editing. You can also entrust this difficult task to camera automation for a robot to make the choice.

The InstaPano feature, as the name suggests, lets you shoot panoramas using the full width of a 360-degree view. Panoramic images have a resolution of 4320 x 1440 pixels and can be saved as JPEG or DNG.
The MultiView mode, again, as the name suggests, allows you to display two angles at the same time with different viewing angles and can track the movement of the face, keeping it in the frame, this mode will be appreciated by bloggers.

Traditionally for cameras from Insta360, ONE X2 has an “invisible” selfie stick mode, which will become invisible during editing, providing a “floating” image, as if taken from a drone. Also in the arsenal of the camera, there are dozens of post-editing templates, such as cloning a human figure, removing people from a photo, various zoom effects, and twisting effects.

There is also a Deep Track mode, which allows you to follow the movements of the main character in the frame. There are various tile-lapse and hyper-lapse modes with fine adjustments to the recording speed, as well as PureShot for shooting with high dynamic range and AquaVision for shooting underwater.

The ONE X2 now allows you to broadcast video to popular online services, while you can transmit a split-screen image using both cameras.

Insta360 ONE X2 price and availability

The Insta360 ONE X2 VR camera is available to pre-order on the Amazon.com and Bhphotovideo.com websites for $429.99.

Earlier this year, The Insta360 has introduced the Insta360 One R action sports camera, which was developed in collaboration with Leica. The Insta360 R is designed to scare the competition with GoPro cameras as a combination of 4K action camera and 360 VR camera with interchangeable lens modules to capture high-quality VR videos.

He started this blog as a hobby to show his affection for gadgets, but over the time this hobby became professional. And now he is working as a full-time blogger, but in free time he loves watching movies and games. PayPal donation for TechToyReviews will be appreciated.
@ankit4554
Previous Corsair Hydro XC5 RGB CPU Waterblock is made by Simplifying
Next 7Artisans 50mm F1.05 Photoelectric Sensor for Mirrorless Cameras: Pre-order and Specs 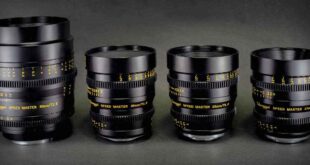 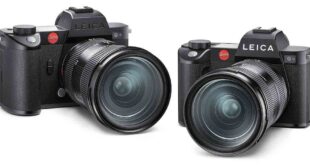 The Voigtlander Ultron with a wide angle focal length of 28 mm, developed and produced …