As such, Apple has released an official New iOS 8 last night.

Although Apple iOS 8 Update not a contains many significant changes, but Apple has added quite a lot of interesting features on this platform. The most significant iOS 8 New Features to mention is the ability to quickly answer message. Send messages with pictures, sounds and even video via iMessage. Control Center bar with a completely new interface. Support multiple image editing effects than in the Photos section, application health monitoring Health Kit, the ability to sync between iPad, iMac, iPhone when receiving messages, calls, and its many functions Other helpful. 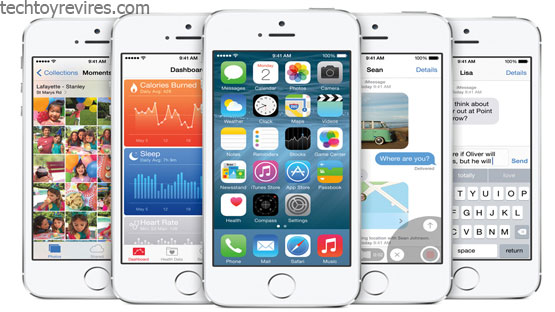 As it was promised earlier today, Apple has officially released the final version of its new mobile operating system iOS 8. Now you can update iPhone 4S, iPod touch fifth generation, iPad 2, iPad mini and newer devices. Also note that the final version of iOS 8 has the same build number as the Golden Master iOS 8.

Note that the new smartphone iPhone 6 and iPhone 6 Plus, the official sales, which will begin on September 19 will be supplied already pre-loaded with iOS 8.

Here is the iOS 8 Download Link to all previous Apple products, those of you who want to download updates directly through iTunes:

He started this blog as a hobby to show his affection for gadgets, but over the time this hobby became professional. And now he is working as a full-time blogger, but in free time he loves watching movies and games. PayPal donation for TechToyReviews will be appreciated.
@https://twitter.com/Techtoynews
Previous Xperia T3 Full Review
Next iOS 8 with new features : Overview