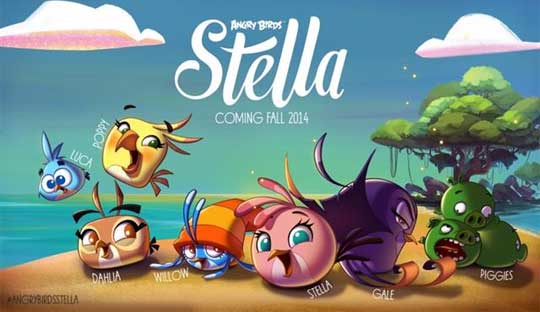 Go with Stella and her crowd in super desperate effort to defend the island against the Golden Princess Evil and useless pig herds. Get acquainted with new group of fierce, masters with their abilities and play more then a 120 levels with full of action. Angry Birds Stella Games has a band with Dahlia, Poppy, Willow and Luca. Check out Angry Birds Stella Gameplay below.

This brave buddies bound to each other and the stronger personality. Cant even say that you loved each other forever, almost always like that. But now the birds really need this kind associated with each other and fight to save the island from Gale, from Princess Evil stole books do their craft and are destroying the house elves of them. This is an adventure slingshot completely new and aggressive game play.

This is a free Xbox game, full support for all devices including 512MB RAM. Therefore, do not hesitate to miss this exciting game.

He started this blog as a hobby to show his affection for gadgets, but over the time this hobby became professional. And now he is working as a full-time blogger, but in free time he loves watching movies and games. PayPal donation for TechToyReviews will be appreciated.
@https://twitter.com/Techtoynews
Previous Huawei Honor 6 Plus with Dual Camera
Next Microsoft Lumia Spruce with 4K Display Concept Phone