Created by the designer Bartlomiej Tarnowski, the Future Smartphone Concepts from Microsoft called Lumia Spruce with an extremely powerful configuration which is nice to hear. 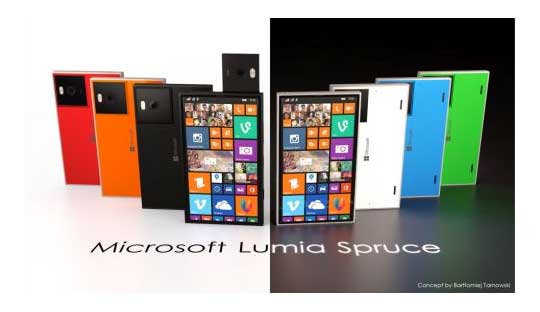 Microsoft Lumia Spruce Concept phone comes with a 5-inch Display with 4K resolution to give extremely sharp pictures. By design, this Microsoft Concept Phone also runs Windows Phone 8.1 OS, but now, Windows 10 was prepared to be launched. Not only that, inside the processor is the most powerful Snapdragon 810 chip, which is enough for any Windows Phone. 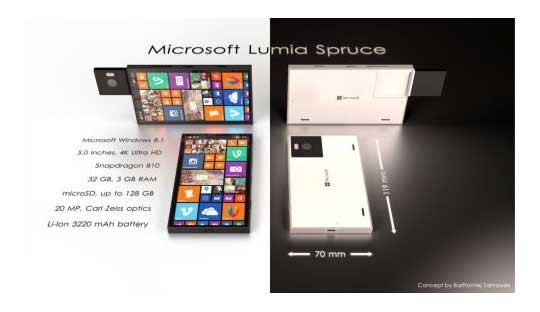 In addition, the Microsoft Lumia Spruce phone also comes with a MicroSD memory card slot, 3220mAh long battery capacity. The Concept Cell Phones is also enabled with 20 megapixel camera with Carl Zeiss lens. Add something special as this camera may use as back and front to take a selfie photography. 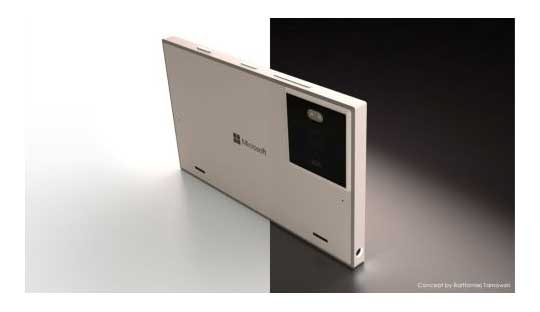 The camera has an amazing design and mechanism that you can see in this picture. This mechanism helps to camera easily flip front and back side to turn into selfie camera. 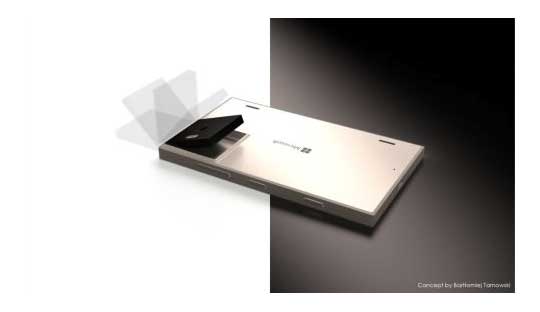 The design of the Microsoft Lumia Spruce is somewhat similar to the Lumia 930, but it looks more solid and square. It has 32GB of internal memory and up to 3GB of RAM, so what do you think about this concept smartphone? 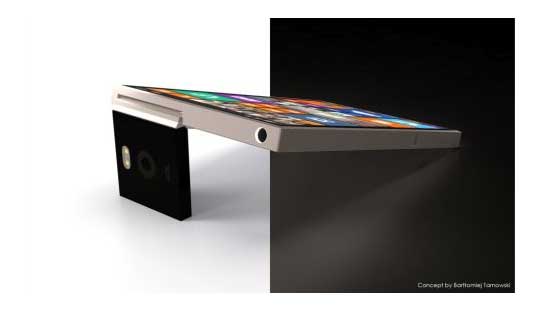 He started this blog as a hobby to show his affection for gadgets, but over the time this hobby became professional. And now he is working as a full-time blogger, but in free time he loves watching movies and games. PayPal donation for TechToyReviews will be appreciated.
@https://twitter.com/Techtoynews
Previous Angry Birds Stella for Windows Phone
Next Spice Dream Uno H Android One Smartphone with Hindi language