In the MWC 2015 event show a lot of variety of smartphones, but some of them did not get enough attention, because on the first day of the exhibition most of the visitors were interested in Samsung and HTC. One of these is the ZTE Grand S III smartphone. This device sets a new fashion trend with future technologies. 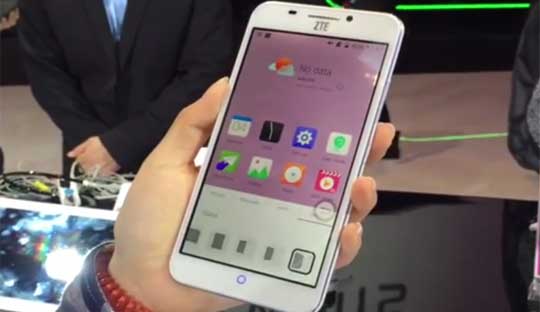 The ZTE Grand S III debuted recently at CES 2014, and highlights of this phone is not its specifications or design, but the Retina Scanner feature to unlock the phone. It’s nice that the Chinese manufacturers are trying to release a smartphone is not just only competitive, but also coming with new and exciting features.

The ZTE Grand S III Retina scanner security uses the front camera, there is no special sensor. The function is activated through the settings, first you must scan your eyes using the front camera of the phone and save your Biometrics information. The manufacturer also adds that the retina is unique to each individual person in the world, like a fingerprint, so it can be used as a security solution to unlock the phone.

This retina scanner technology is called Sky Eye on the ZTE Grand S III. The setup process of Sky Eye eye pretty simple, users only need to look at a point marked on the screen of the smartphone and let the camera do their work. The ZTE Grand S III has a front camera of 8-megapixels, there is unknown that how much resolution required to operate this technology, but that is clear that smartphone manufacturer not need develop any special sensors to use this technology. 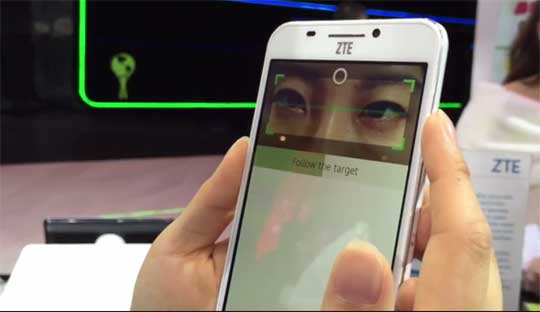 Once identity has been established, every time you want to unlock the phone, you can enable the Sky Eye in the lock screen and wait a bit for scanner around 1 to 2 seconds. Current limitations of Sky Eye is that only recognize one user, not able to record two or three user data as a fingerprint sensor. ZTE also said that in future the biometrics retina scanner technology can be used to mobile payment system, log into websites, applications, not only to unlock the phone.

In China, ZTE Grand S III has been already on sale, its price is approximately $ 475.