In China, an official premiere of the new budget smartphone called ZTE B880. Specially designed to target at young girls and boys, which speaks in favor of bright colors such as yellow, blue, white, orange, red, pink and blue.

A few days ago, we had some rumors about the affordable smartphone called ZTE B880 with a fingerprint sensor and now, this product has been officially launched in China a name of ZTE Xiao Xian 2.

The debut of the new Chinese Smartphone ZTE B880 from the company ZTE, which is out of the box will run Google Android 5.0 Lollipop OS.

The ZTE B880 will have six bright colors instead of the usual steel-colored fake plastic material. The design of ZTE B880 is notable as a programmable button on the rear panel, which can particularly designed to take a selfie pictures.

With regard to filling the new hardware innovations, the ZTE B880 is also powered by a 1.3 GHz quad-core processor, 64-bit MediaTek MT6735 chip and Mali-T720 graphics. The ZTE mobile also packed with a 1 GB of RAM and 8 GB of internal memory, which can be expanded via MicroSD memory cards. 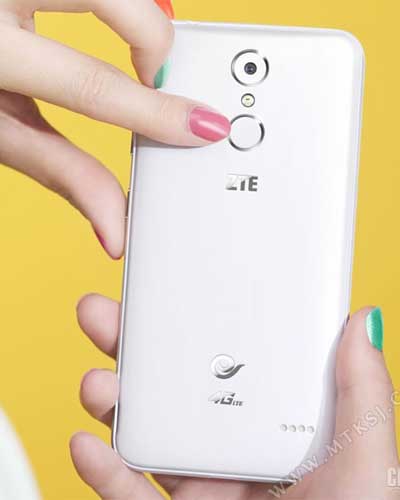 The ZTE B880 is run on Android 5.0 operating system with the MiFavor UI 3.0. Also support of Dual- SIM-cards with 4G connectivity. The rear camera of the phone with a 12-megapixel with LED flash and autofocus, while the wide angle front camera of 8-megapixel which is also capable of recording 4K-UHD video.

It is expected that the price of the ZTE B880 smartphone will be only $ 100, then ZTE B880 will be the most affordable smartphones with new features on the market.

He started this blog as a hobby to show his affection for gadgets, but over the time this hobby became professional. And now he is working as a full-time blogger, but in free time he loves watching movies and games. PayPal donation for TechToyReviews will be appreciated.
@https://twitter.com/Techtoynews
Previous Landvo S6 replica of the Galaxy S6
Next Top 4 budget smartphone with 4G LTE network