Xolo India has launched new smartphone named Xolo Q1001 running Android 4.4 Kitkat OS, the price of the phone is only Rs. 6,199 and available at online web-stores and shops with exciting offers. 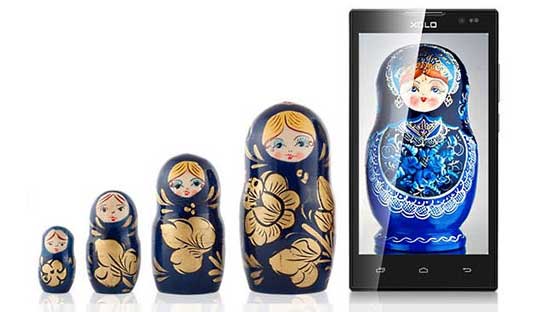 The Xolo Q1001 is a Dual-SIM smartphone, the phone is coming with a 1.3 GHz dual-core processor, MediaTek MTK6582M chip, Mali-400 MP2 graphics chip and 512MB of RAM. The Xolo Smartphone has inbuilt memory of 8 GB and also supports external MicroSD card to expand memory up to 32GB.

The Xolo Q1001 use 5.0-inch IPS display with a resolution of 480×854 pixels. It has a 5-megapixel rear camera with LED flash while front has a 0.3-megapixel camera for video calling. The phone is packed with a 2000 mAh battery capacity, which is provide talk time up to 22 hours on 2G network and up to 12 hours on 3G network.

Earlier this month, Xolo has launched Xolo Q600 Club Smartphone, available at an online with the official price of Rs. 5,800.

He started this blog as a hobby to show his affection for gadgets, but over the time this hobby became professional. And now he is working as a full-time blogger, but in free time he loves watching movies and games. PayPal donation for TechToyReviews will be appreciated.
@https://twitter.com/Techtoynews
Previous Nokia 1100 Concept Smartphone with Android OS
Next Samsung Galaxy Tab A Tablet with 8 and 9.7 inch Display appeared in Russia