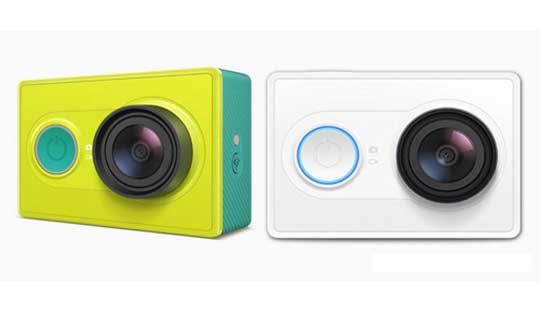 Xiaomi Phone company, once again proved that they are not only successful in producing smartphones. Recently, Xiaomi Company has officially launched YiCamera  Action Camera, it is quite small and weighs only 72g. By launching YiCamera, Xiaomi really surprised the technology world. Especially, the price of this camera is extremely low.

The Xiaomi YiCamera Specifications, It uses 16-megapixels Sony Exmor R BSI CMOS sensor with aperture f / 2.8 and 155 degrees wide-angle lens. It is integrated with A7LS Ambarella processor, the camera is capable of recording video in 1080p at 60 fps, 720p at 120 fps and 420p at 240 fps. 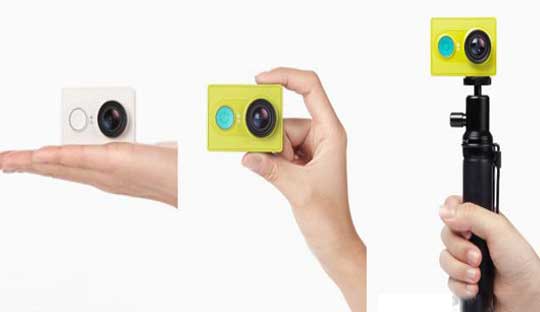 The Xiaomi YiCamera  storage capacity is built-in 16GB memory cards, pre-assembled 16GB microSD card of 10 class. It supports WiFi connectivity and packed with a 1.010mAh battery capacity. The camera also protected by dedicated waterproof case to help device can run under water up to 40 meters. This cover is made of metallic materials which is also protect the Xiaomi YiCamera in low temperature environment. 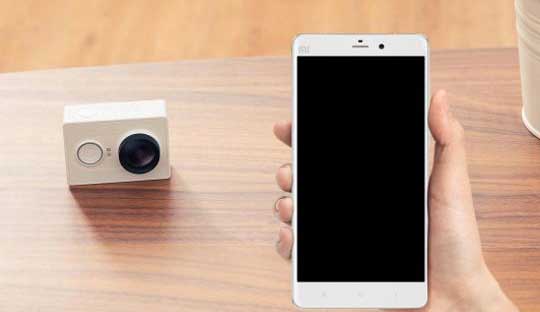 The Xiaomi YiCamera comes in two versions, the basic version with a 16GB memory card will be priced at $ 64 and Travel versions which is coming with the extra accessory cost $ 80. It is only sold in China with two color options including white and green. Later this year, it will be distributed in the US and Europe through various retailers. There is no further information about the Xiaomi YiCamera release date in the Asian market.

He started this blog as a hobby to show his affection for gadgets, but over the time this hobby became professional. And now he is working as a full-time blogger, but in free time he loves watching movies and games. PayPal donation for TechToyReviews will be appreciated.
@https://twitter.com/Techtoynews
Previous Huawei Watch with stainless steel body and run Android Wear Launched at MWC 2015
Next Wiko Highway Star 4G and Pure 4G Smartphone unveiled at the MWC 2015