Xiaomi India in recent times has had very good sales in the  cheap smartphone market. And They are present newest smartphones called Xiaomi Red 1S. 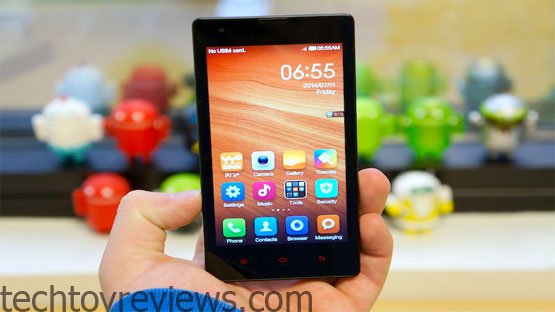 According to a recent smartphone news the xiaomi India company had sold Xiaomi MI 3 in India, this is an incredibly amazing. Xiaomi India is also proud that it has received lots of orders for the xiaomi smartphone.

Xiaomi Redmi 1S one of the cheapest phone in best budget phones 2014 line.

Xiaomi redmi 1S has luxury design with very cheap price. Xiaomi is a new product line in the Indian smartphone market. But it has a large number of users already.

Xiaomi back panel is made of plastic and coated with paint polish. It’s available only in 5,999 in India, you can buy this device through the online retailer called Flipkart.

Xiaomi phone designed with ultra-slim. It has a large screen up to 4.7 inches, weighs about 199 grams. It’s overall size is much larger than the next competitor like moto g, micromax mobile, lava mobile and spice mobile company of Indian market.

Redmi 1S has not only bigger screen, but also cheaper than its rivals. The entire back mounting made of polished plastic. The back is removable and easily replaced. Xiaomi redmi comes with 2 SIM slots and one MicroSD memory card slot. The rounded corners help to hold easier. Although covered with a coat polish, but when using its slip or stick in hand.

Like all Xiaomi smartphones, redmi comes with the MIUI interface by the manufacturer, Xiaomi interface design is based on Android 4.4.2 KitKat operating system. Home screen interface similar to iOS. Therefore, all applications are appearing on the home screen. Xiaomi not change the user interface compared to the old version Xiaomi Mi 3.

Xiaomi has equipped the a 8MP camera on the back with Flash support. It has 1920×1080 resolution, but the camera does not support the features optical image stabilization. Besides, the camera on the redmi no backlit  sensor, so low light shots will not give good results in the current high-end smartphones today.

Just like camera technology on Mi 3, in this phone also very simple interface, but comes with a standard features such as panorama and HDR features. In addition, the device is also equipped with a 1.3MP front camera for video calling and slefie photography.

Xiaomi redmi has a removable battery which is easily replaced. Redmi also has a MicroSD card slot for memory expansion support up to 32GB of storage. It’s not support 4G connectivity,  but 3G support, Wi-Fi, and Bluetooth 4.0.

3200mAh battery capacity, the continuous use of batteries ends within 1 day. Sound quality, crisp and clear, the speaker volume is very similar to Xiaomi Mi 3.

He started this blog as a hobby to show his affection for gadgets, but over the time this hobby became professional. And now he is working as a full-time blogger, but in free time he loves watching movies and games. PayPal donation for TechToyReviews will be appreciated.
@https://twitter.com/Techtoynews
Previous Sony LED 42 Smart TV KDL-42W700B Review
Next Samsung Galaxy Tab S review