The Xiaomi Mi Pad is the first tablet of Xiaomi manufacturer from China, Today Xiaomi India launched this tablet with quite low price tag of Rs. 12,999. 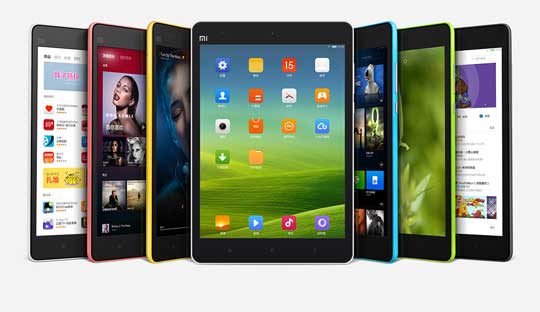 The Xiaomi Mi Pad is available at the online store on March 24 without any flash sale, Xiaomi also announced the Xiaomi Redmi 2 at Rs. 6,999 via flash sale.

The Xiaomi Mi Pad design and features much like the iPad mini, but the price is quite low and hardware of this tablet is also relatively strong. The tablet size 202×135,4×8.5 mm, 8.5 mm thinness is considered not much thicker when compared to the 8 inch tablet lines. Weight is 360g of Mi Pad, slightly heavier.

The Xiaomi Mi Pad features a 7.9-inch screen with an IPS panel, a resolution of 2048×1536 pixels, the pixel density of 324 ppi, so the screen is quite bright, relatively high contrast images displayed. The tablet is also protected by Corning Gorilla Glass 3 should be able to resist scratches. 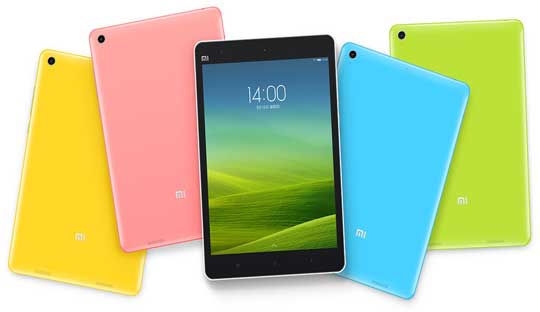 The Xiaomi Mi Pad is powered by Nvidia Tegra K1 chip, a 2.2 GHz quad-core processor. In addition, Mi Pad also uses 192 cores GeForce Kepler graphics processor and 2 GB RAM. The processor of Mi Pad is manufactured by Nvidia, Nvidia is known as a famous manufacturer in the provision of electronic equipment dedicated to the world graphics. The internal memory of 16 GB and can be expanded to 128 GB via microSD card.

The Xiaomi Mi Pad 8-megapixel rear camera with Sony sensor and a 5-megapixel front camera with OmniVision sensor. The tablet camera without too many features, supports autofocus, you can also customize the focus when shooting.

The Xiaomi Mi Pad runs Android 4.4 Kitkat OS with MiUi interface, it is packed with a 6700 mAh battery capacity, according to the manufacturer, the battery of Mi Pad is quite good. For connectivity, includes Wi-Fi 802.11 a/ b/ g/ n/ ac, Wi-Fi Direct, Bluetooth 4.0, 3.5mm jack and Micro-USB 2.0. The tablet is available in so many color options such as Red, Blue, Green, Yellow, Black and White.

He started this blog as a hobby to show his affection for gadgets, but over the time this hobby became professional. And now he is working as a full-time blogger, but in free time he loves watching movies and games. PayPal donation for TechToyReviews will be appreciated.
@https://twitter.com/Techtoynews
Previous Xiaomi Redmi 2 4G LTE Smartphone Launched in India
Next HTC One M9 Price revealed in Taiwan