Windows 10 for the Mobile with improved interface and new applications 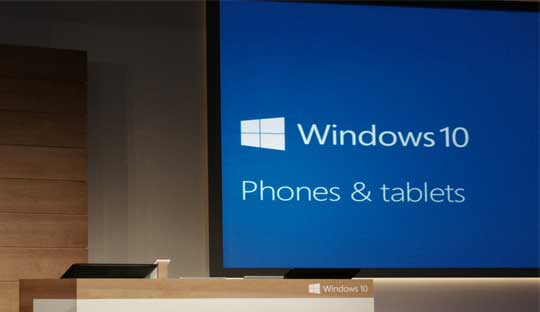 Now Windows 10 for the phone has been confirmed and the official name of this version is simply Windows 10, not Windows phone 10. Still Modern interface with Live Tiles, but the design is very similar to the desktop style. Custom wallpaper now displayed full screen overflowing with Live Tiles is on instead of only an area of the Live Tiles as WP8.1. List of App also been redesigned, Wallpaper has been shown as a translucent, new applications will be installed at the top the list, giving you easier access. The notification action center now synchronizes with your computer. Therefore, when you interact with the message, such as ignoring the message on the phone, the message will also disappear from the computer. These shortcuts can be added to the Action Center for comfort, not confined to the area of the screen as on WP8.1. The system settings design is also new with a simple look. The similar functions are grouped in a common directory, allowing you easier management. 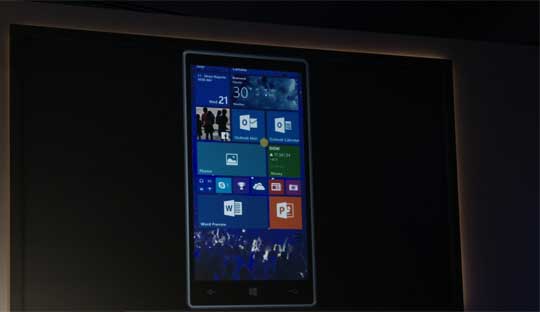 Keyboard on Windows 10 for the phone is noticeably improved by allowing you to move the flexible keyboard on the screen and adjust the size to optimize key input experience on the large screen device. On the keyboard also features the voice input. Application message is always the Skype integration. When you use it in addition to text messaging, SMS, you can message via Skype right here without having to open a separate application. You can also send photos, videos, files quickly through Messaging with the function buttons located on the App Bar. Microsoft will extend this integration with other messaging application so that users can easily switch back and forth between services. 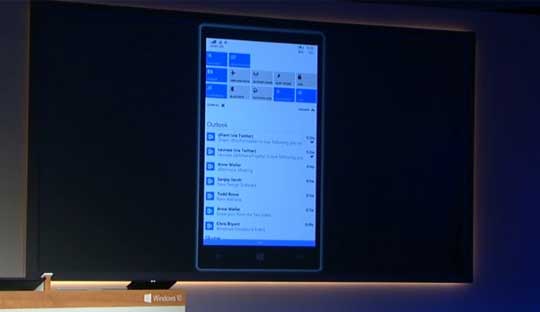 Besides Windows 10 for the phone, Joe Belfiore also introduces the new Office for phone and familiar tools that Word and PowerPoint. The interface of Word and PowerPoint in Office phone was refreshing, designed to look like Office on the computer. The Office Ribbon style was brought to mobile, full text display and compilation tools are integrated within the Ribbon. 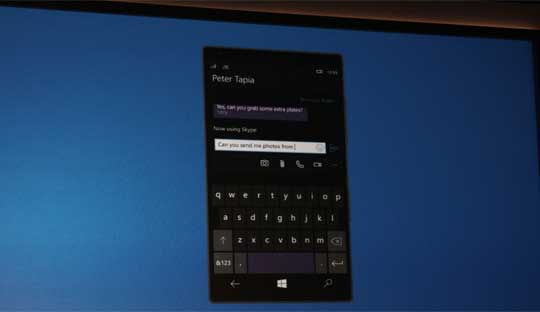 With PowerPoint files, PowerPoint version of the phone slide shows with great viewing experience and the effects being kept in the original file and compile new tools are added. 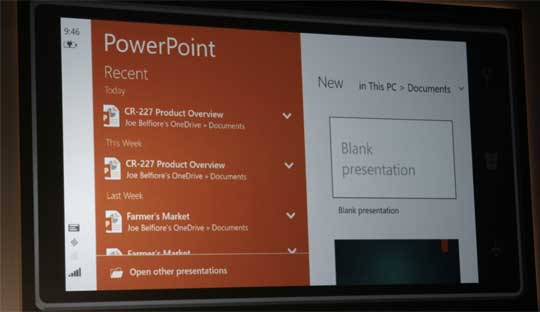 In addition, Microsoft Outlook email client with fresh style. This application is now a Universal application for phones, tablets and PCs. Microsoft Word fully integrated into Outlook engine to allow users to email editor and read the text in the every standard format. Work with each email is also improved, instead of having to select and delete the email, you can swipe the screen from right to delete or swipe the screen from left to to mark or flag important email. Other features manage calendars in Outlook on your computer and taken into Outlook on the phone. Thereby creating a uniform interface and features between the two versions. Besides Outlook, Joe Belfiore also introduced the new Photos app on Windows 10 Operating System. It continues to be a Windows Universal App and it supports multiple attractive features such as built-in editing tools, automatically generated metadata-based photo album, pictures, One Drive sync between devices, remove duplicate photos. 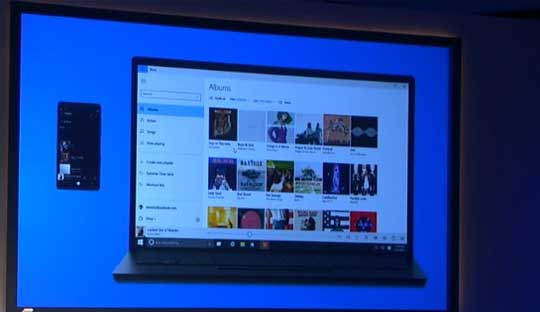 He started this blog as a hobby to show his affection for gadgets, but over the time this hobby became professional. And now he is working as a full-time blogger, but in free time he loves watching movies and games. PayPal donation for TechToyReviews will be appreciated.
@https://twitter.com/Techtoynews
Previous Asus Zenfone 5 A501CG – 2B509WWE version with 2GB RAM Launched in India at Rs. 7,999
Next Microsoft Surface Hub Tablet running Windows 10