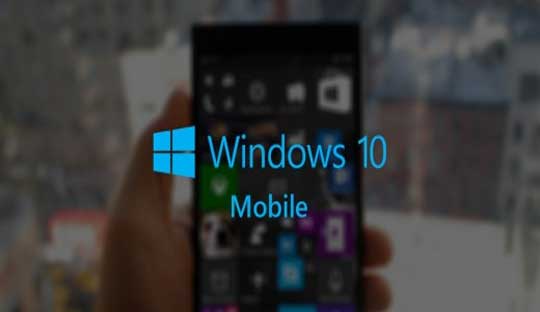 In particular, this is the first time Windows 10 appears on other devices than the Lumia, which is the HTC One M8 for Windows. What’s new in build 10080, the appearance of the Windows Store app Beta and Xbox, has been able to download the universal Office applications (including Word, Excel, PowerPoint, OneNote), and the newly designed Video Preview app loaded separately, in addition to the new camera app. Right now you can download the build 10080 by going to Settings> Update & Recovery> Phone Update. Note that in Windows Insider app, you have to select the update mode is “Fast Ring” offline.

This store available in Windows 10 for PC and now Microsoft now bring it to the phone. This app warehouse owned new-style universal design should look more contemporary brand. However, it is still in Beta version, so there are some features as well as some app will not appear in the Store, also allows payment via mobile phone, and movie, tv shows also available, but music is not available now.

If you have problems with Windows Store Beta or not able to download app, you can use the old store.

The Windows Store Beta is available in this build so now users can download Universal Office app which is designed for Windows 10, also includes Word, Excel, PowerPoint and OneNote.

Now user can manage information about their Xbox account, connect with Xbox One, play music or video in the new universal interface.

Music Preview will also link to the Windows Store so you can buy music more conveniently and also support offline videos purchase.

New HDR features (click magic wand button), video stabilization, digital face detection. However, Microsoft said that the high-end device like the Lumia 1520, 1020, 930, 830, 640 and 640XL will not be able to use some features in this new camera app. The company will release an update in the future to overcome the above problems.

He started this blog as a hobby to show his affection for gadgets, but over the time this hobby became professional. And now he is working as a full-time blogger, but in free time he loves watching movies and games. PayPal donation for TechToyReviews will be appreciated.
@https://twitter.com/Techtoynews
Previous LG Lancet Windows Phone with Snapdragon 410 SoC and 8MP camera Launched
Next Asus Zenfone 2: Four versions Specifications and Prices