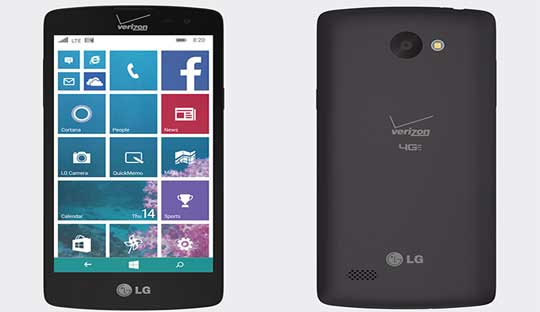 The LG Lancet Windows Phone, promises to be competitors with Microsoft Lumia 735 lines. Even then, Verizon has officially confirmed the LG Lancet will be sold for $ 19.99 (with 2 year contract) and $ 120 without contract. At this price, LG Lancet promise as one of the top choices for consumers – unfortunately no mass selling in other regions.

This device should mark the return of LG in the Windows Phone market after more than three years. The LG Lancet is a mid-range smartphone with a screen size of 4.5 inches and a resolution 480 x 854 pixels. The phone is powered by a 1.2 GHz quad-core processor, Snapdragon 410 Soc, unspecified RAM, but probably 1GB and internal memory of 8GB, which can further expand via MicroSD card up to 128GB.

The LG Lancet Device is also features a 8-megapixel rear camera, 0.3-megapixel front camera with a battery capacity of 2100mAh with continuous usage of 18.5 hours. The device also supports 4G LTE connectivity, a back panel of the device has many similar features to the previously launched LG Nexus 5.

Targeted at the mid-range segment, LG Lancet Phone also includes some of features of LG Android devices, such as KnockOn feature – tap to unlock the screen, Gesture Shot – features that make taking pictures “take a selfie” to more convenient to just use hand gestures. 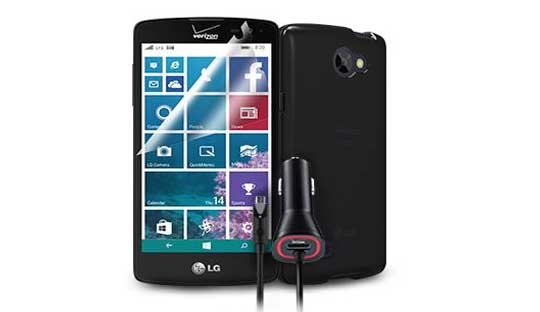 According to the manufacturer, LG Lancet Verizon is a smart mobile phone with powerful configuration, functionality, but cheap price. We hope in the future, LG will also release more Windows Phone handsets and support for all markets rather than the limited market.

He started this blog as a hobby to show his affection for gadgets, but over the time this hobby became professional. And now he is working as a full-time blogger, but in free time he loves watching movies and games. PayPal donation for TechToyReviews will be appreciated.
@https://twitter.com/Techtoynews
Previous The best gaming tablet today
Next Windows 10 Build 10080 for Phone: Download Now