The Apple always brings top notch products with an extremely delicate design and hardware. The New Macbook 2015 with luxurious aluminum case design, ultra-thin and ultra-light body, a screen with a high resolution with many more new features of the successful line of Apple Macbook. 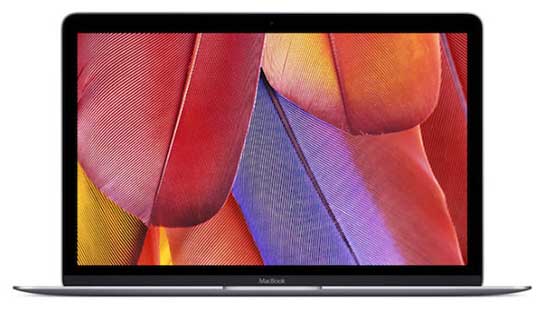 The New Macbook 2015 with 12-inch widescreen display, a resolution up to 2304 x 1440 pixels was first time used on the MacBook line. IPS panels for wider viewing angle, up to 178 degrees and also save power up to 30%. The screen displayed sharp and clear images with vivid and natural colors. Another point is that it screen is only 0.88mm thin, the thinnest screen with a Retina display of all Apple laptops.

A main highlight of the New Macbook 2015 comes without a fan, Apple says that an Intel Core M SoC inside the MacBook 2015 built on the 14nm process, it saves battery life significantly and it no longer needs a fan. On this, many people doubt that an Intel Core M-5Y70 and 5Y31 is not a good SoC to serve excellent performance, but some information has to be evidence that Intel has a lot of possibilities provides a batch processor for Apple or limit their clock at the request of the company. If really so, then obviously the numbers cannot tell everything about the true performance of the processor.

The MacBook 2015 uses Intel HD 5300 graphics chip, the chip will support a screen with 4K resolution which is serve sharp images on monitor. However, the HD 5300 is the average chip form Intel, it focuses on saving battery power than the graphics processor.

The New MacBook 2015 is equipped with the new structure of the Apple keyboard is called Butterfly mechanism. It brings a new experience of typing on the surface of each key, when pressed to create stability. Thickness keyboard has decreased up to 40% compared to its predecessors, the size of each key has increased up to 17%. Also, with LED strips keyboard as before, Apple fixed LED light under each key, save more space and focusing light.

The new trackpad from Apple was very good, smooth and extremely sensitive, the company continues to upgrade the technology further with four sensor structure is located at the four edges of the trackpad, enabling users to click easily on anywhere on the touch surface without any interruption. The new Force Touch Trackpad technology lets you easily click anywhere on the touch surface with perfect accuracy.

Trackpad with a velvety feel while moving the fingers, ultra-low friction, rich manipulation, perfect fit with this operating system. For example, when scrolling web pages, it is like when you are stroking the screen, move smoother and where to stop at stop finger. With Apple Trackpad, most people forget the presence of a computer mouse.

Do not be surprised when you find only one port on the New MacBook 2015. Apple called its new USB-C. There will be not any confusions and complications when you need to connect with USB, charging, HDMI / DVI / VGA etc. Initially, many users may feel uncomfortable and worried about having to buy expensive accessories, but as mentioned, you will not know what they want until they serve you. We will start to become familiar with the laptop. 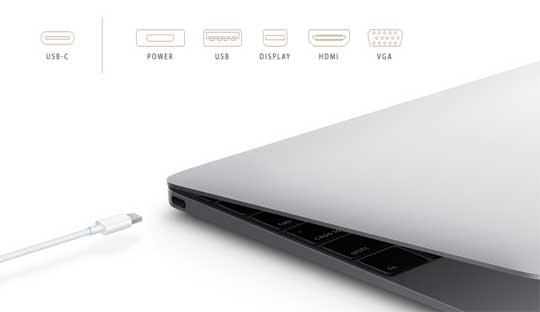 Apple will be attached to USB-C 29W charger port, meaning that there will be a USB-C cable to charge separately. You will need to buy at least one more USB-C cable to switch USB 3.1, USB 3.0 hub or other connection. Standard USB-C connectivity brings a whole new concept for data transfer or battery charger.

The battery life on the MacBook line is never worth complaining at all. Previous generation Macbook Air has clearly demonstrated the continuous use up to 7 hours. With New MacBook 2015, the battery is no longer monolithic design format that is more layered, take advantage of all the free space on the camera to the thin body, while ensuring the usage up to 10 hours. 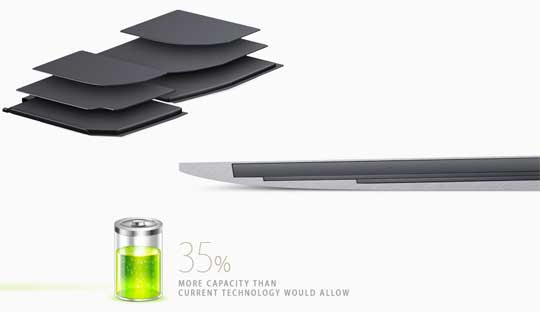 With a fully charged battery, you just go anywhere and bring work from morning to night. This battery indicator 39.7 Watt-hour (Wh), it’s a little bigger than the MacBook Air of 38.11 Wh, if the voltage is 7.6V, the MacBook 12-inch battery would be equivalent around 5.200 mAh.

He started this blog as a hobby to show his affection for gadgets, but over the time this hobby became professional. And now he is working as a full-time blogger, but in free time he loves watching movies and games. PayPal donation for TechToyReviews will be appreciated.
@https://twitter.com/Techtoynews
Previous Lumia 640 and Lumia 640 XL listed with high prices in the UK
Next Leica introduces three new limited edition based on Leica C, Leica M and Leica X