The Sony Xperia P2 with advanced specifications. Many people think that this will be the replacement for the international version of the Sony Xperia Z4. 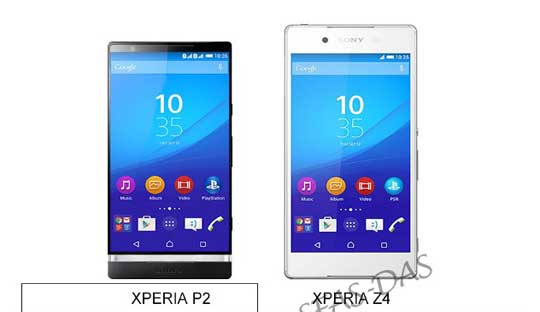 It seems to take up to 3 years, now Sony decided to launch the Xperia P series smartphone. Many people would remember a product range of Sony Xperia U – P – S, which is the first device to be produced after the official Sony Ericsson’s acquisition of shares (2012). In it, the Xperia U was a cheap phone, while Xperia P was the mid-range and Xperia S was high-end smartphone. 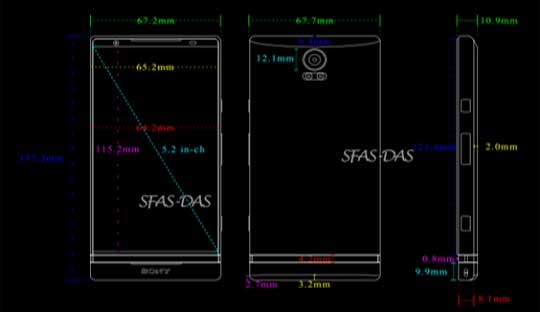 In terms of design, we only see the front part of the device and it’s not too much different compared to previous versions. There are three notable points about the new design, the first is a screen is very close to the rim, almost bazelless design, looking very compact device. Another is three navigation buttons will not lie on a transparent bar as previous versions, but it will be put on display. Finally, four rounded corners that make it look prettier. In addition, this smartphone will be made of metal with an impressive thickness.

The pictures of this product appeared on a Chinese website, shows a different style compared to the Xperia Z series. Accordingly, the Sony Xperia P2 owns 5.2 inch display with a Full-HD resolution of 1080 x 1920 pixels. The phone will powered by a 64-bit Qualcomm Snapdragon 810 chip, a 1.9 GHz octa-core processor with a 3GB RAM and internal storage capacity of 32 GB.

The Xperia P2 uses a 12 megapixel rear camera, with Exmor RS sensor 1 / 2.3 ” and 4K video recording capabilities. Front camera of the 5- megapixel resolution. The main highlight of this phone is its battery capacity up to 4240 mAh and a thickness from 8.9 to 10.9 mm.

The name of the device Xperia P2 remind people Sony Xperia P – a premium line of smartphones from Sony was born in 2012 but possesses the battery capacity of 1300 mAh.

He started this blog as a hobby to show his affection for gadgets, but over the time this hobby became professional. And now he is working as a full-time blogger, but in free time he loves watching movies and games. PayPal donation for TechToyReviews will be appreciated.
@https://twitter.com/Techtoynews
Previous BlackBerry Porsche Design Keian Image leaked
Next Galaxy Grand Prime Vs Lumia 730 Dual SIM: Perfect mid-range Smartphone devices