With the InZone M9 and the InZone M3, Sony has introduced two new gaming monitors that are particularly striking due to their unusual design. The black and white color scheme is reminiscent of the PlayStation 5, as is the shape of the unusual base. The M9 also has an LED strip on the back.

Both Sony monitors feature a 27-inch diagonal IPS panel. The InZone M3 uses a 240 Hz fast 1,080p panel, while Sony uses a 4K display with a frame rate of 144 Hz for the InZone M9. The Sony InZone M9 promises a particularly high contrast ratio, which is provided by a full LED backlight is achieved, which can be dimmed in several zones. 95 percent of the DCI-P3 color space can be displayed, and the response time is one millisecond.

Both Sony monitors achieve a typical brightness of 400 nits, the M9 has a peak brightness of 600 nits when displaying HDR content. The screens support Nvidia G-Sync, VESA Adaptive-Sync, and HDMI VRR via HDMI 2.1, which should ensure the best possible compatibility with the PlayStation 5. PCs can also be connected via DisplayPort 1.4 and USB-C. The monitors have 2 x 2-watt stereo speakers, a KVM switch, and an integrated USB-A hub with three ports.

The Sony InZone M9 is 27 inch 4K monitor that is already available to pre-order on Amazon.co.uk for a recommended retail price of £999, and it will be released on August 18, 2022. The Sony InZone M3 will follow later this year, it is also listed on Amazon, but the price has not yet been determined.

He started this blog as a hobby to show his affection for gadgets, but over the time this hobby became professional. And now he is working as a full-time blogger, but in free time he loves watching movies and games. PayPal donation for TechToyReviews will be appreciated.
@https://twitter.com/Techtoynews
Previous Gigabyte S55U 55-inch Gaming Monitor with Android and Google Assistant
Next Sony launches the InZone H3, H7 & H9 gaming headsets with 360 spatial sound 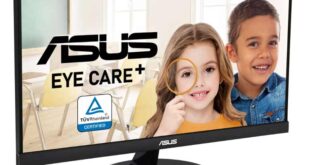 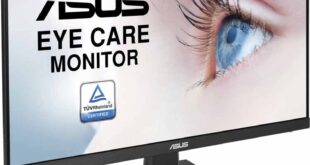 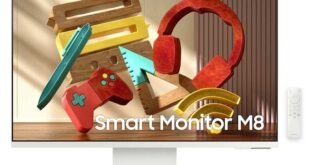 With the Flip Pro WM75B, Samsung has introduced a new interactive display that is said …