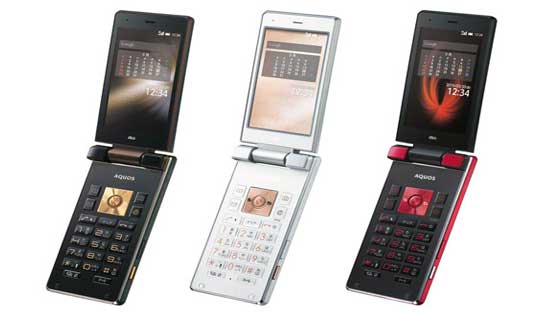 The Sharp Aquos K SHF31 phone features a 3.4-inch TFT LCD display with a resolution of 540×960 pixels, a Quad-core Snapdragon 400 processor from Qualcomm, 1 GB of RAM and 8 GB of internal memory, expandable via microSD cards up to 32GB.

The Sharp Aquos K SHF31 smartphone will be running Android 4.4 KitKat. Talking about the features, it has a unique functionality for mobile phones, it is used with special mechanical control, it has a physical buttons, but they can be used as a touch pad, so touch screen is not required. Such a feature is implemented in the Blackberry Passport smartphone. 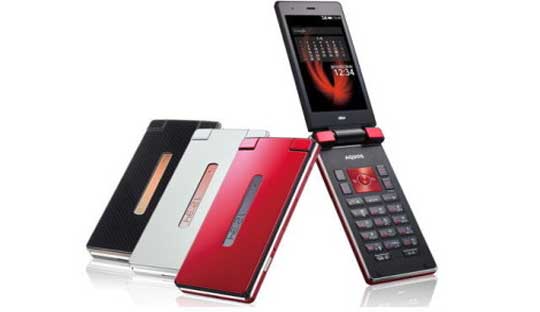 Other features include a a rear camera of 13 megapixel with LED flash and supports some nice features including HDR or Night Shot mode. The phone body protected from dust and water, certified by IPX5 / IPX7. The Sharp Aquos K SHF31 comes with a 1410 mAh battery, 4G LTE and Wi-Fi 802.11 b / g / n support. This new flip phone weighs 128 g and has a thickness of 17.4 mm.

The Sharp Aquos K SHF31 available in the Japanese market in three colors such as white, red and black.

This Sharp flip phone has sufficient functionality for users of conventional phones, the battery life is enough to make calls, messaging, and Internet surfing. Note that this is not the first flip phone, designed in such a case – earlier Samsung introduced the Samsung W2015 Golden flip phone with a 2.5 GHz quad-core processor, Snapdragon 801 chip, 2 GB of RAM, 16-megapixel rear and 3.7-megapixel front camera with two displays.

He started this blog as a hobby to show his affection for gadgets, but over the time this hobby became professional. And now he is working as a full-time blogger, but in free time he loves watching movies and games. PayPal donation for TechToyReviews will be appreciated.
@https://twitter.com/Techtoynews
Previous Tokina AT-X 50-135mm Cinema Lens with 4K video recording, Price $ 4.499
Next Asus Fonepad 7 FE375CL tablet with 2GB RAM, 4G LTE, Android 5.0 Launched