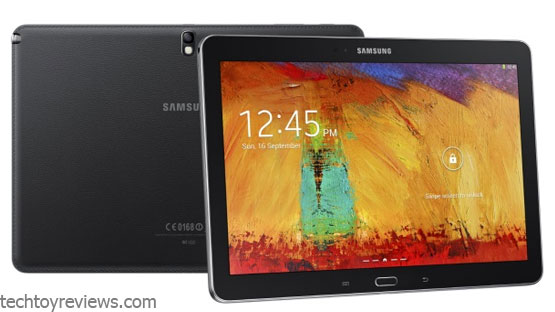 In August, Samsung and Barnes & Noble have partnered together to launch the Samsung NOOK Tablets for 2014. This is a tablet for the popular 7-inch screen segment. Recently, both companies continue to shake hands to launch the 10.1 inch version Galaxy Tab 4 Nook. Currently this tablet has been in the bookstores of Barnes & Noble as well as being sold online for $ 300. 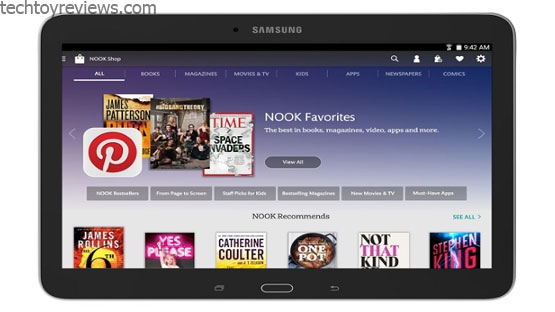 Galaxy Tab 4 Nook has a 10.1 inch screen with a resolution of 1280×800 pixels, a pixel density of 149ppi reached. Equipment use 1.2 GHz quad core processor, 1.5 GB RAM, Adreno 305 graphics, 16 GB of internal memory, which has 12 GB available or the rest of the operating system. In addition, the tablet also incorporates a microSD card slot to help users add memory capacity up to 64 GB. Owns a rear camera with 3 megapixel resolution, 1.2-megapixel front camera and the battery with a capacity of 6800 mAh.

Along the line of specialized tablet support for reading, but the 10.1 Galaxy Tab 4 Nook has many advantages compared to the Amazon Kindle tablet due to direct access to the Google Play app store. Meanwhile, Kindle users can only access its own app store for its line at Amazon App store.

Samsung Galaxy Tab 4 Nook will sell for 299,99 USD while Barnes & Noble members will save about 10% over the original price.

He started this blog as a hobby to show his affection for gadgets, but over the time this hobby became professional. And now he is working as a full-time blogger, but in free time he loves watching movies and games. PayPal donation for TechToyReviews will be appreciated.
@https://twitter.com/Techtoynews
Previous Samsung Galaxy Note 4 Duos introduced in China
Next ASUS released the new update for ZenFone 4