Samsung has recently launched the latest version of Galaxy S5 Plus with outstanding configuration than the predecessor Galaxy S5 Phone.

The new upgrade of the Galaxy S5 style and design is no different than previous smartphone models, but the performance is more robust upgrade and support new 4G LTE chip with faster speed, like the Galaxy S4 -LTE was launched last year. 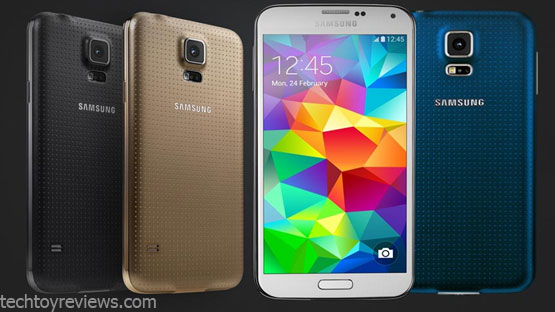 One other feature that is prominent features LTE connectivity.  Cat. 6, an upgrade from Cat. 4 with download speeds of up to 300Mbps, 150Mbps instead of, as before, but the ability to upload still in the mold 50Mbps. It’s unfortunate that the Galaxy S5 Plus only offers 5.1-inch screen, Full HD 1080p rather than the Galaxy S5 QHD as LTE-A. The remaining configuration parameters include, 16 mega-pixel rear camera, can record video at 2160pixels, no OIS optical image stabilizer. The Phone also has 2GB of RAM, 16GB of internal memory, the battery capacity of 2800mAh, the new chipset promises to save more power than the original Galaxy S5 Phone. Size, weight remained the same, of course, Galaxy S5 Plus is water resistant with IP67 certification.

Rumored that Samsung will also introduce the Galaxy S6 at MWC 2015 in February or later. Most likely to move to the Samsung S5 Plus currently appeared in the Dutch market, but will soon available for other countries online and offline market for all users.

He started this blog as a hobby to show his affection for gadgets, but over the time this hobby became professional. And now he is working as a full-time blogger, but in free time he loves watching movies and games. PayPal donation for TechToyReviews will be appreciated.
@https://twitter.com/Techtoynews
Previous LG F60 4G LTE smartphone launched at Rs. 15,000
Next Panasonic VIERA TV – 32inch HD IPS LED TV