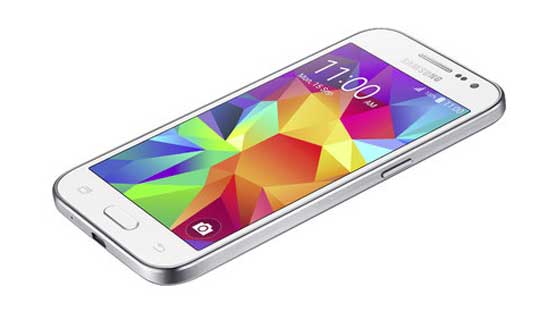 Regarding the design, the Galaxy Core Prime without much change in the traditional style shiny metal plastic imitation body. Specifically, candy-bar design with rounded corners, the hard Home button on the front accompany with two soft keys and removable plastic back cover. Looking Galaxy Core Prime is not much different than the Galaxy Ace or Galaxy V, even, some people still think Galaxy core design similar to iPhone 4, however, each of have a separate point, and The main highlight is the Samsung Galaxy Core Prime design and specifications are fitted very strong compared to the cost of only 9,500 rupees.

Samsung Galaxy Core Prime own 4.5-inch WVGA PLS display with a resolution of 480x800pixel and pixel density of 207ppi. It is powered by 1.2 GHz quad core Cortex A-53 processor, Qualcomm Snapdragon 410 chip and Adreno 306 graphics GPU. The phone has 1 GB of RAM and 8 GB of internal memory can be expanded through the microSD card slot up to 64 GB. 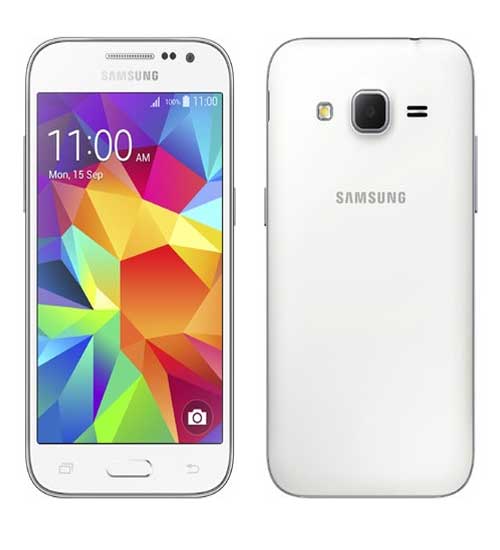 The back of the Samsung Galaxy Core Prime has a 5 megapixel camera equipped with 1080p video recording capability, while the front support 2 megapixel camera for selfie photography and video calls. It has 2000 mAh removable battery may give a talk time of around 17 hours. It supports Dual SIM slots and run on the Android 4.4 KitKat platform.

With this Samsung Galaxy Core Prime, Samsung is expected to restore growth to maintain a leading position in mid-range smartphones, which stalled during the second half of this year which has too many big brand product launches.

He started this blog as a hobby to show his affection for gadgets, but over the time this hobby became professional. And now he is working as a full-time blogger, but in free time he loves watching movies and games. PayPal donation for TechToyReviews will be appreciated.
@https://twitter.com/Techtoynews
Previous Samsung Switch Concept Smartphone: Touchwiz to Android Lollipop
Next Huawei Ascend GX1 6 inch Phablet Specs and Price