Apple Watch has sold out, and the game for it also began to appear online. 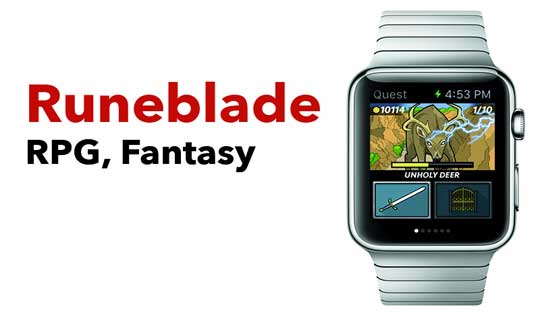 One of the first games to play on Apple Watch is called Runeblade, genre Fantasy RPG. This game development company named Everywear Games exclusively for Apple Watch and Watch will run independently without having to resort to the iPhone. Playing games on the Watch but the concern about the battery for now we don’t know how much battery drain during game play. Here is the trailer of the game.

The Runeblade Game for Apple Watch will be free for download in April, but it was unclear whether the game will have a similar form as In-App Purchase or not. Everywear firm also added that this is just a small game and have a very simple game play, the game load in just 10 to 15 seconds. According to the recent evolution of The Apple Watch battery with one day capacity, of course, there is no game, if there are more games than the battery will drain fast.

He started this blog as a hobby to show his affection for gadgets, but over the time this hobby became professional. And now he is working as a full-time blogger, but in free time he loves watching movies and games. PayPal donation for TechToyReviews will be appreciated.
@https://twitter.com/Techtoynews
Previous LG G4 far behind to Sony Xperia Z4 leaked in GFXBench
Next Sony is testing 48MP features on the Sony Alpha A7 II: Rumor