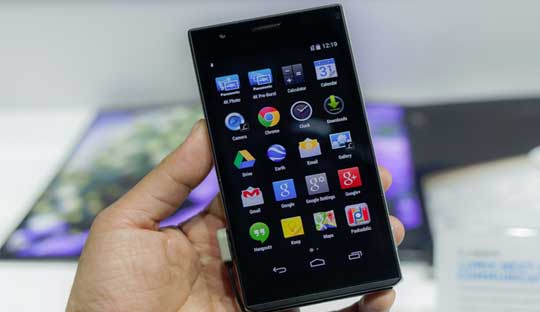 The first impression of the Panasonic Lumix CM1 Phone, is it more like a camera and the quality of the hardware is very good. On the front we have a touch screen and the basic components of a phone. Spotlight on the back of the camera is large clusters with large circles ranging from small looking very beautiful.

Panasonic Lumix CM1 Phone is quite thick and the aluminum alloy hairline frame looks so nice. The buttons also give an exquisite look. On the left edge of the device has SIM slot and 2-pin charger from Panasonic. In addition to keys increase or decrease the volume, power key, fast action switch to activate the camera mode and hard key to click photograph.

On the hardware side of the phone, it comes with a CMOS sensor 1 ” 20.2 megapixel camera, Leica lens with f / 2.8. The shutter of the phone is a mechanical type. The Panasonic Lumix CM1 phone has a Full-HD touch screen of 4.7 inches, Snapdragon 801 chip, 2.3 GHz quad-core processor, 2GB of RAM, 16GB internal memory which can be expanded via microSD card. The phone runs on the Android 4.4 platform. 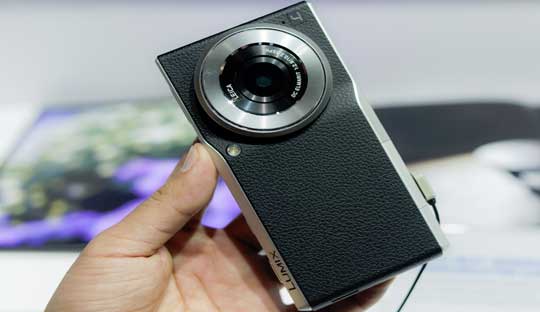 On top of the Panasonic Lumix Phone is the 3.5mm headphone jack and microUSB port. Panasonic Lumix CM1 Phone is target people who like to take pictures so they allow users to customize many settings. Activation of Lumix CM1 camera mode up you will find it a bit confusing and similar types of cameras on tourism. The phone has an amazing virtual ring to select various modes on the screen. You can manually manipulate the touch screen, or rotating circle. You can also use circular rotation to adjust aperture, speed, photographic effects and many other parameters. Actually, it takes 10 minutes to reach can get used to capture application interface on the Panasonic Lumix CM1 Phone.

This Panasonic Cell Phone provides fast and good picture quality, fast autofocus and natural color when viewed on a computer which is very impressive for a smartphone. Price in the European market of the Panasonic Lumix CM1 is 899 Euro and expected that it will be available in the US market at a price of about $ 1,000 for unlocking network.

He started this blog as a hobby to show his affection for gadgets, but over the time this hobby became professional. And now he is working as a full-time blogger, but in free time he loves watching movies and games. PayPal donation for TechToyReviews will be appreciated.
@https://twitter.com/Techtoynews
Previous Samsung officially launches Galaxy Grand Max in Korea for $ 290
Next Sharp 4k and 8k TV appeared at CES 2015