Nvidia will bring G-Sync technology for all laptops in 2015

Nvidia has decided to put G-Sync technology on the upcoming new laptops on the market in 2015. 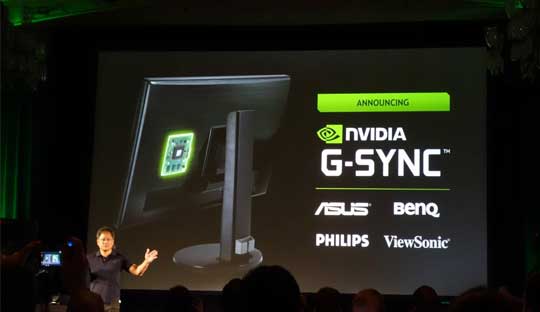 G-sync Technology of NVIDIA currently available on a limited number of laptop models or G Sync Monitors with high resolution displays, the price is also very high and comes with a custom hardware requirements to be able to use this technology. However, Nvidia confirmed it will soon be changed and G-sync Technology is likely to be used on the most of laptop models appeared in 2015.

To use NVIDIA G Sync Technology, the screen must be integrated directly to the processor and this hinders the production of notebook PCs using this technology. However, Nvidia has launched a new solution and use only as G-Sync software and its testing was somewhat successful. The laptop supports G-sync Technology will soon be on the market in the near future.

He started this blog as a hobby to show his affection for gadgets, but over the time this hobby became professional. And now he is working as a full-time blogger, but in free time he loves watching movies and games. PayPal donation for TechToyReviews will be appreciated.
@https://twitter.com/Techtoynews
Previous Huawei C199S Smartphone with 64-bit Qualcomm Snapdragon 615 SoC and 2GB RAM
Next Most Popular Asus Laptop on the market today